ECC Stories: Cancer and a Promise of Peace 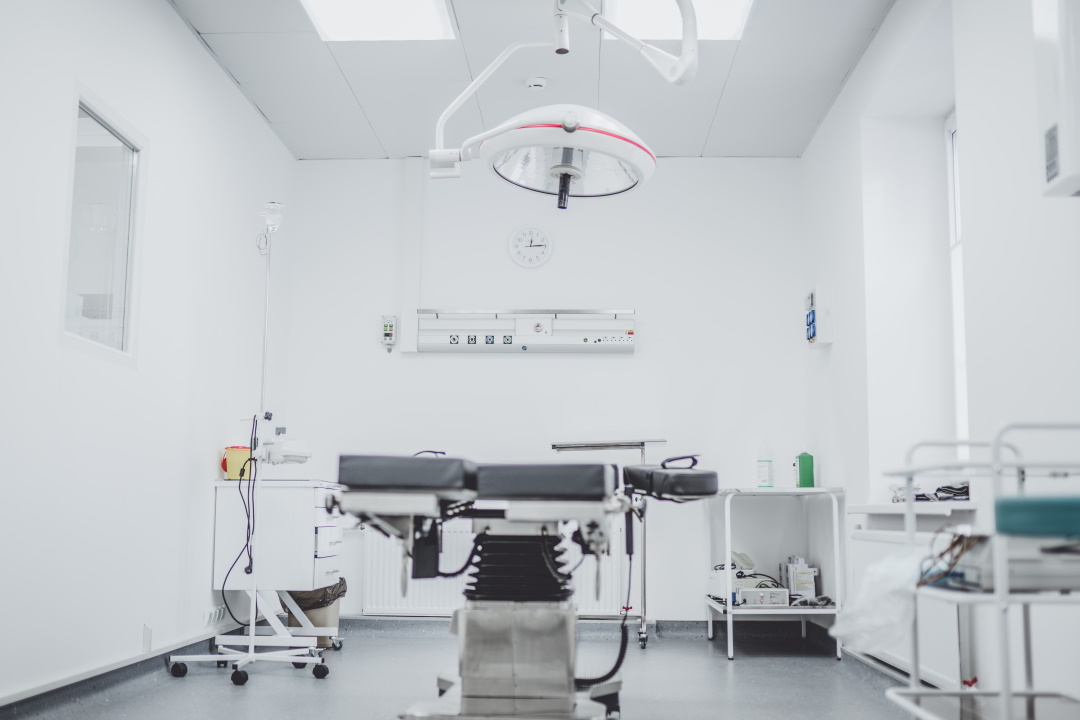 Jaynie Laprade has been a member of ECC for most of her life and serves as an Administrative Assistant for the church. This story is about her brief battle with cancer and the peace God gave her in such an uncertain time.

In 2010, I attended the Assemblies of God Youth Convention in Detroit, Michigan as a chaperone for our church’s youth group. The convention was to be held for five days, and it also included a Fine Arts Competition. There were special services held in the evenings that we would be attending, and during the day we were scheduled to watch some of the competitions that our students were participating in.

I became quite ill the day after we arrived and basically missed all the services as well as the competition. I stayed in the motel room while all the others attended the various events. By Friday I was so sick that my sister (who was also attending as a chaperone) took me to one of the local hospital’s emergency room. The medical staff there was great, but after running a few tests and assessing my situation, they did not have good news. They said that there was a large mass on my kidney, and that the kidney would most likely have to be removed. This was not what I was expecting to hear while in Detroit, 500 miles from home, enjoying time away with my church’s youth group.

A Promise of Peace

Situations such as these can easily be paired with fear–fear of the unknown, fear of what is to come next, and fear of the many possible outcomes. With an incorrect focus, our fear can take over our minds, leaving us to jump to our own conclusions. As Christians, however, this should not be the case. God has given us so many promises in His word to be with us during difficult times. The prophet Isaiah penned one of my favorite promises:

You will keep in perfect peace whose mind is stayed on you, because he trusts in you. Trust in the Lord forever, for the Lord God is an everlasting Rock (Isaiah 26:3-4)

What a beautiful promise! This promise does, however, come with a condition, but for those of us who know and love God, it seems quite attainable. We will experience perfect peace if we trust in and focus on God. The problem is that our human side tends to lose focus of that concept when life is interrupted by an unexpected storm.

It is ironic, because this scripture is usually one of the first that I use to encourage people who are going through difficult situations. But on that long car trip home from Detroit to Elmira, I realized that I was the one who needed the promise! Though I did not know what I was facing, I needed to remember that I could experience peace while facing it, because the Lord God is an everlasting Rock!

Upon my return home, I was admitted to the hospital, and surgery was scheduled for the following Friday to remove my cancer-filled kidney. The doctors were hoping that all the cancer was contained within the kidney, but they made no promises. They said that following the surgery, we would discuss further treatment if necessary, and whether it would need to be radiation, chemotherapy, or both. That week in the hospital awaiting surgery seemed like one of the longest weeks of my life! So much time to think, which for an over-thinker like myself, can be dangerous! I can truly say though, that God gave me His peace. I remember being surprised at myself because usually in situations like this one, I tend to fear and worry. But looking back, I only remember the peace.

The surgery was, by God’s grace, successful, and it appeared that all the cancer was contained within my kidney. However, the surgeon had also removed several lymph nodes for testing to make sure that the cancer had not spread. Those results and the actual healing from the surgery took another week in the hospital, which of course, gave me more time to think! But again, I continued to experience God’s perfect peace, making it so much easier to trust Him with the results, and rest in his presence to face them.

Exactly one week later, very early in the morning, the doctor came into my room to give me the result of the test. He told me that the lymph nodes were benign and therefore I would need no further treatment. He also said that he and the other doctors involved were amazed that it had not spread, because of how bad the kidney was. He wrote the word “REMARKABLE” at the top of my medical chart and showed me that he had done so. As I was released from the hospital that very same day, I can remember thinking, “Remarkable, indeed!”

In the eighth chapter of Romans, Paul makes a profound statement regarding his own sufferings. He says it this way:

For I consider that the sufferings of this present time are not worth comparing with the glory that is to be revealed to us (Rom 8:18)

What perspective Paul had! His sufferings were certainly far greater than anything I have ever been through, yet he considered them “not worth comparing.” It certainly helps me when I think of this small thing that I faced ten years ago. I too can say that this unexpected storm of mine is not even worth comparing to what God has prepared for me! It was simply a means by which God used to conform me into the image of his Son. Therefore, we can trust him with whatever comes our way, even when things don’t go our way, because he knows all and sees the bigger picture. And when we do trust him, we will experience his perfect peace, not because of our trust, but because of his promise.

I am reminded of the powerful lyrics to a beautiful hymn, “Stayed Upon Jehovah”, written by Frances R. Havergal:

Like a river glorious is God’s perfect peace,
Over all victorious, in its bright increase;
Perfect, yet it floweth fuller every day,
Perfect, yet it groweth deeper all the way.

Refrain:
Stayed upon Jehovah, hearts are fully blest
Finding, as He promised, perfect peace and rest.

Hidden in the hollow of His blessed hand,
Never foe can follow, never traitor stand;
Not a surge of worry, not a shade of care,
Not a blast of hurry, touch the spirit there.

Every joy or trial falleth from above,
Traced upon our dial by the Sun of Love;
We may trust Him fully, all for us to do;
They who trust Him wholly find Him wholly true.

Jaynie Laprade is the administrative assistant at Elmira Christian Center. She also serves as a community group and worship leader.  She is passionate about memorizing Scripture and helping others become fluent in the gospel. In her spare time, you will find her sipping on iced coffee, spending time with friends and family, or watching the Hallmark channel. Her favorite pastime is doting on her nieces and nephews, who are her pride and joy! You can follow her on Instagram and Twitter