Echoes of Scripture in Luke: Jesus as Lord and God 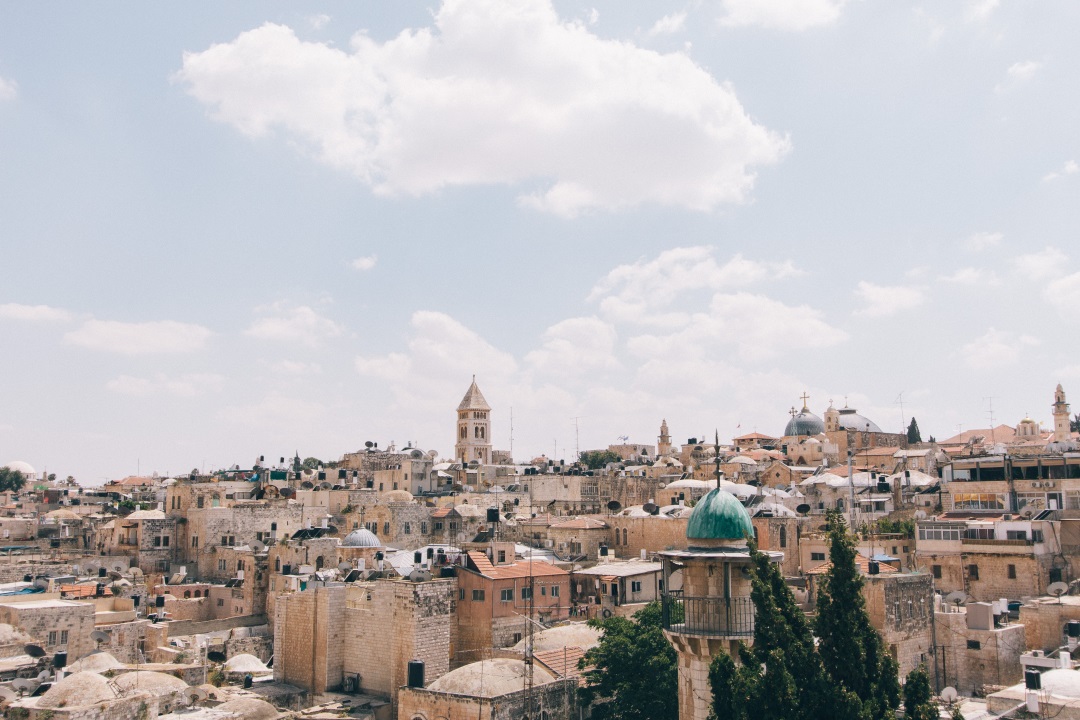 In his outstanding book, Echoes of Scripture in the Gospels, Richard Hays persuasively argues that a careful reading of Luke’s Gospel shows that Jesus is Israel’s Lord and one true God come in the flesh. While he makes an equally forceful case for each of the four gospels in the book, I thought it would be beneficial to focus on Luke’s account since we have been going through his Gospel as a church.

Hays begins by looking at Jesus’ post-resurrection encounter with the disciples on the road to Emmaus (Luke 24:13-35). Here we see Jesus explains how the Old Testament, “beginning with Moses and all the Prophets,” points to and is ultimately fulfilled in him (Luke 24:27). This striking admission from Jesus becomes the starting point for Hays’ discussion. He then looks at several key texts throughout Luke’s narrative where Old Testament Scripture is explicitly quoted, but more often is subtly hinted at or alluded to. These “echoes” of Scripture that Luke weaves into his Gospel can easily be overlooked by the reader unfamiliar with the Old Testament. But to those familiar with Israel’s Scriptures, those who have ears to hear, these echoes are intended by Luke to reveal that Jesus truly is Israel’s Lord and God who comes to redeem his people (cf. Luke 24:21a).

Echoes of Scripture in Luke’s Gospel

Here are some of the “echoes” of OT Scripture that Hays brings to light in Luke:

Luke takes a key passage from Isaiah 40, which is all about God himself coming to save his people, and weaves it into his account of John the Baptist preparing people for the coming of Jesus and the beginning of his earthly ministry (Luke 3:1-6; Isa 40:3-5). What’s even more interesting is that Isaiah 40 goes to describe the incomparability of God (Isaiah 40:25), and Luke, under the inspiration of the Holy Spirit, is quoting Isaiah 40 and saying that it is about Jesus.

Jesus says heaven and earth will pass away but his words will not (Luke 21:33). According to the Old Testament, this is true of God alone (Isa 40:8).

Luke’s gospel also includes other events where we see that Jesus possesses authority to forgive sins (Luke 5:18-26), to claim sovereignty over the Sabbath (Luke 6:1-16), and is able to control and command the elements of nature (Luke 8:22-25). In other words, Jesus is doing things that the OT clearly shows are things that God alone has the right and power to accomplish.

In Luke 8:39 Jesus tells demoniac “go back and tell how much God has done for you,” and Luke reports that the man went away proclaiming how much Jesus had done for him!

At his ascension, Jesus’ disciples are said to worship him (Luke 24:52). The only other place that this verb for worship appears in Luke’s gospel account is in Luke 4:7-8, where Jesus responds to Satan with a quotation of Deuteronomy 6:13 affirming that God alone is the true and proper object of all worship.

One echo of Scripture that I had never really noticed before is found in Luke 13:34,

“O Jerusalem, Jerusalem, the city that kills the prophets and stones those who are sent to it! How often would I have gathered your children together as a hen gathers her brood under her wings, and you were not willing! “

This statement by Jesus would undoubtedly recall Old Testament imagery of God, like a bird,  spreading his wings to protect and comfort Israel:

Like an eagle that stirs up its nest, that flutters over its young, spreading out its wings, catching them, bearing them on its pinions, the LORD alone guided him (Deuteronomy 32:10-12a)

He who dwells in the shelter of the Most High will abide in the shadow of the Almighty…He will cover you with his pinions, and under his wings you will find refuge” (Psalm 91:1-4a)

As Jesus approaches Jerusalem, he casts himself in the very role of Yahweh, who desires to gather and shelter Israel. However, Hays observes more to this statement than I had noticed before:

“[Jesus’] lament portrays Jerusalem as rejecting the protection he has repeatedly sought to give (even though Luke’s narrative makes no mention of any previous visits by Jesus to Jerusalem!), just as Israel in Deuteronomy 32 is portrayed as stubborn people who have forgotten the God who gave them birth (Deut 32:15-18). (261, emphasis added)

Until now Jesus had been making his way to Jerusalem (cf. Luke 9:51). It is safe to assume Jesus had not been to Jerusalem yet, but was on his way there to die. Yet, Jesus’ phrase “how often would I have” seems to describe a repeated past action pointing back into Israel’s past. In other words, Jesus’ lament refers to a time before Jesus was born!

Eyes to See and Ears to Hear 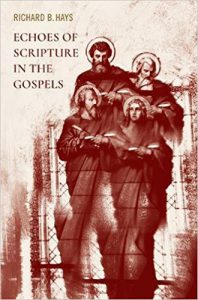 While I’ve only mention a handful of these “echoes” of Scripture in Luke’s gospel, there are many more Hays covers. If there weren’t so many echoes in the gospels it would be easy to write these off as coincidences. However, the cumulative weight of the evidence suggests that the authors, who were led by the Holy Spirit (cf. 2 Tim 3:16), knew exactly what they were doing. These subtle allusions to the Old Testament reveal Jesus’ divine identity to those who have eyes to see and ears to hear.

For another post on Richard Hays’ book, which looks at echoes of Scripture in Mark’s gospel, check out Derek Rishmawy’s article on Jesus as the God who “walks by” on the water.

For a more thorough discussion and treatment of all four gospels, do yourself a huge favor and pick up a copy of the book today.

christology, echoes of scripture, luke, NT use of OT