The Glorious Mystery of Christmas: The Incarnation 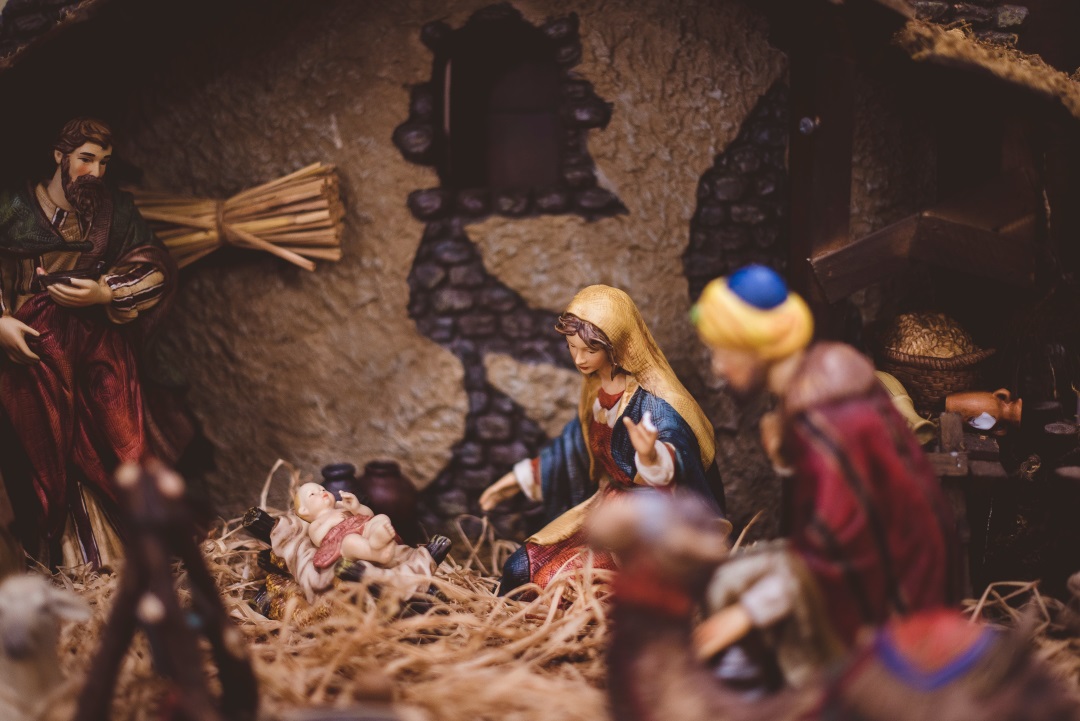 Christmas is the celebration of the Incarnation of Jesus Christ. This unfathomable doctrine—the truth that the eternal Son of God became flesh and dwelt among us (John 1:14)—is at the very heart of the Christian faith. The Apostle Paul wrote that Jesus, “though he was in the form of God, did not count equality with God a thing to be grasped, but emptied himself, by taking the form of a servant, being born in the likeness of men.” (Phil. 2:6-7). God the Son emptied himself not of his deity but of his divine glory and dignity to be obedient unto death for our salvation; what a mystery of grace!

In his excellent book, Knowing God, author J. I. Packer calls the doctrine of the Incarnation the greatest mystery of the gospel.  He explains:

The real difficulty, the supreme mystery with which the gospel confronts us, . . . lies not in the Good Friday message of atonement, nor in the Easter message of resurrection, but in the Christmas message of Incarnation. The really staggering Christian claim is that Jesus of Nazareth was God made man—that the second person of the Godhead became the “second man” (1 Cor 15:47), determining human destiny, the second representative head of the race, and that he took humanity without loss of deity, so that Jesus of Nazareth was as truly and fully divine as he was human.

Here are two mysteries for the price of one—the plurality of persons within the unity of God [the doctrine of the Trinity], and the union of Godhead and manhood in the person of Jesus [the doctrine of the Incarnation]. It is here, in the thing that happened at the first Christmas, that the profoundest and most unfathomable depths of the Christian revelation lie. “The Word became flesh” (Jn 1:14); God became man, the divine Son became a Jew; the Almighty appeared on earth as a helpless human baby, unable to do more than he and stare and wriggle and make noises, needing to be fed and changed and taught to talk like any other child. And there was no illusion or deception in this: the babyhood of the Son of God was a reality. The more you think about it, the more staggering it gets. Nothing in fiction is so fantastic as is this truth of the Incarnation (53).

Think about it: if Jesus really was the God-man, if he really was both perfect God and perfect man, then it shouldn’t surprise us that his death was sufficient to atone for the sins of all his people, or that the immortal God should rise from the dead. Why? Because Jesus Christ was truly God! How could his blood not be of infinite value? How could the Author of Life not break free from the cords of death? This means that the greater mystery behind all of these wonderful truths is the mystery of his Incarnation. “The Incarnation is in itself an unfathomable mystery, but it makes sense of everything else that the New Testament contains” (Knowing God, 54).

Yet we often only consider this everlasting wonder deeply during a few weeks out of the year, about that time when Bing Crosby begins to dream about a snowy Christmas morning. We sing the great “Christmas” hymns of the faith in our churches each December, but once our holiday decorations come down, the awesome lyrics of Charles Wesley’s “Hark! The Herald Angels Sing” are tragically put into storage with them. We sing and preach and emphasize Christ’s death and resurrection almost every Sunday, not just over Easter weekend, but when was the last time you sang “O Come O Come Emmanuel” or heard Luke 2:1-14 read in July?

As those who have come to know the gospel of God’s grace, we must never forget or fail to emphasize the birth of God the Son Incarnate. This doesn’t mean we have to sing “Joy to the World” every Sunday (though that actually may not be a bad idea), but if we neglect this doctrine, the results will be disastrous. To go wrong on the Incarnation is to go wrong on the person and work of Christ. And to go wrong on the person and work of the Lord Jesus Christ is to lose the gospel of our salvation. Unless we believe that Jesus is the Christ—the Son of God and the Son of Man—we will die in our sins (John 8:24).

But praise God for his inexpressible gift! Paul, writing to the Corinthian church, reminded them of the reason for the Incarnation: “For you know the grace of our Lord Jesus Christ, that though he was rich, yet for your sake he became poor, so that you by his poverty might become rich” (2 Cor.8:9). Packer concludes:

The Christmas message is that there is hope for a ruined humanity— hope of pardon, hope of peace with God, hope of glory—because at the Father’s will Jesus Christ became poor and was born in a stable so that thirty years later he might hang on a cross. It is the most wonderful message that the world has ever heard, or will hear.

We talk glibly of the “Christmas spirit,” rarely meaning more by this than sentimental jollity on a family basis. But what we have said makes it clear that the phrase should in fact carry a tremendous weight of meaning. It ought to mean the reproducing in human lives of the temper of him who for our sake became poor at the first Christmas. And the Christmas spirit itself ought to be the mark of every Christian all the year round (Knowing God,63).

This Christmas, let this same mind be in us that was also in Christ Jesus, the Incarnate deity.

Athanasius, On The Incarnation. Written around the year 318, this remains one of the most influential works in Christian history.

For more recent works, check out God the Son Incarnate by Stephen Wellum and The First Days of Jesus by Andreas Köstenberger.