The Gospel in the Garden: A Closer Look at Genesis 3 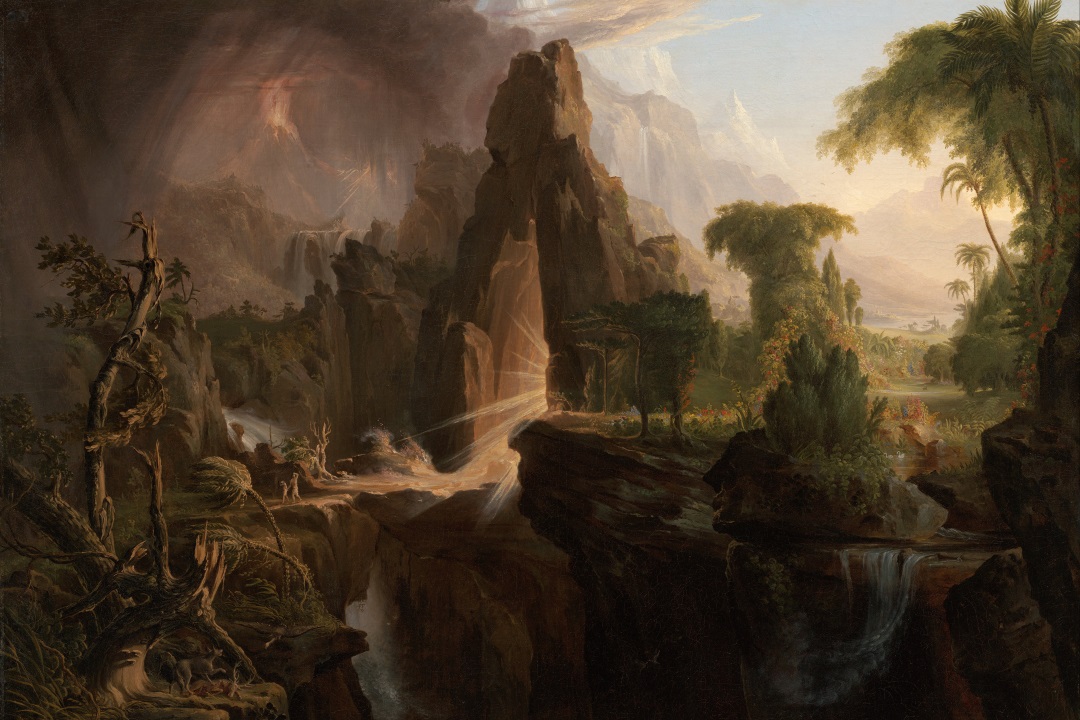 Everyone knows the story of the fall in Genesis 3. There’s God and the garden he put Adam and Eve in. There’s the forbidden fruit, the serpent, and the sin. Adam and Eve disobey God and are cursed and banished from the garden. Death and sin entered the world and spread to all (Gen 2:17; Rom 5:12). Creation is now groaning and subjected to futility (Rom 8:20-22). We learn that God’s word must be obeyed, and that sin is no joke and has severe consequences.

Growing up, I always heard this story with the emphasis on the seriousness of sin and the need for obedience to God’s word, and rightly so. In the garden we learn Satan is, to this day, a one-trick pony with his question, “Did God really say?” And yet, there’s one crucial part of this story that can easily get overlooked. In the garden, we not only see the judgment of God against sin and the curse of the fall. We also see the grace of God and the promise of the gospel.

The sin of Adam and Eve results in curses for the man and the woman (Gen 3:16-19). But mixed in with these curses is a glimmer of hope. It is here that we see hints of a Savior for all mankind:

Here, God sovereignly sets the course of redemptive history. The church has rightly understood this passage to be the protoevangelium, the first giving of the gospel in Scripture, even though it’s only in seed form. While the concept of the Messiah would grow gradually, Geerhardus Vos writes:

It is sufficed for fallen man to know that through His divine power and grace God would bring out of the human race victory over the serpent. In that faith could rest.  (Biblical Theology, 44).

Of course, Adam and Eve didn’t know this promise would specifically culminate in the person of Jesus of Nazareth and his death and resurrection. Nevertheless, everything necessary for the gospel to bloom was present in the seed of Gen 3:15. One would come from woman to crush the serpent’s head with a fatal blow (cf. Rom. 16:20; Gal 4:4; Heb. 2:14; Rev. 12). Vos goes on to explain that the essence of the saints’ faith, in both the Old and New Testaments, is the same: “trust in God’s grace and power to bring deliverance from sin” (44).

There are two more events in this story that serve as signs of hope for humanity. The first is Adam naming his wife (Gen 3:20). The focus shifts in verse 20 from mankind in general back to the individuals in the garden, who heard the gospel promise. After hearing God’s words of judgment, how does Adam respond? By naming the woman “Life” (Eve) because she is the “mother of all living.” Meredith Kline writes that, “Adam in effect declared his confessional ‘Amen’ to the Genesis 3:15 promise of restoration from death to life through the woman’s seed” (Kingdom Prologue, 149). In other words, Adam responds in faith to God’s promise! Ken Mathews agrees that the name Eve “is a tribute to Adam’s faith in the prospect that God had revealed (vv. 15–16). Adam had learned, albeit through the most calamitous lesson, to accept God’s word in faithful obedience” (Genesis 1-11, New American Commentary, 254).

But there’s a second sign of grace and hope in this story. Following Adam’s act of faith, The Lord acts in grace to clothe the couple who now walked before God in shameful nakedness (Gen 2:7, 18, 23). How? By providing them with garments of animal skins. This reminds us, and points forward to, the Mosaic law, the priests’ garments, and the sacrificial system (cf. Exod 20:26; 28:42; esp. Lev 7:8). These garments, most likely from a slain animal, pointed forward to God’s true remedy for man’s fallen state; they were a promise that God would do what was necessary to cover their shame and restore their fellowship with him. Kline puts it this way: “the enduring quality of the material the Lord used to clothe Adam and Eve contrasted with the impermanence and inadequacy of their own attempted self-covering [Gen 2:7] and thus signified that true salvation must come from the Lord” (Kingdom Prologue, 150. Emphasis mine).

From the Garden to Golgotha

The God of the garden is not only Creator, King, and holy Judge, but Savior. Right from the start, with the fall of mankind in the garden, God immediately acts in mercy and grace promising to set things all right. Instead of justly condemning Adam and Eve for their sin, he condemns the serpent and promises the serpent’s ultimate defeat through the woman’s seed. Following Adam’s act of faith in naming the woman “Eve”, God provides a covering for their shame and guilt. These garments point us forward to God clothing us in Christ’s righteousness to the day when God clothes us in garments of immortality (1 Cor 15:35-58; Rev 19:8; cf. Zech 3:1-5;)

Understanding that the gospel has been there right from the beginning changes how you read the entire Bible, especially the Old Testament (cf. 1 Peter 1:19). With this framework in place, you begin to see threads of redemption woven throughout the entire biblical narrative. You begin to notice the seeds of the gospel blooming. The story of the fall becomes more than simply a lesson on obeying God “or else!”; it instead becomes a story of hope for those of us who live in a broken and sinful world, trying to cover our guilt and shame with our own works. God’s garden promise ultimately points us to Golgotha. There we see the promise fulfilled in the seed of the woman, the Son of God incarnate, who’s heel is bruised as he provides the fatal blow to the head of the serpent.

*Image: Expulsion from the Garden of Eden, by Thomas Cole