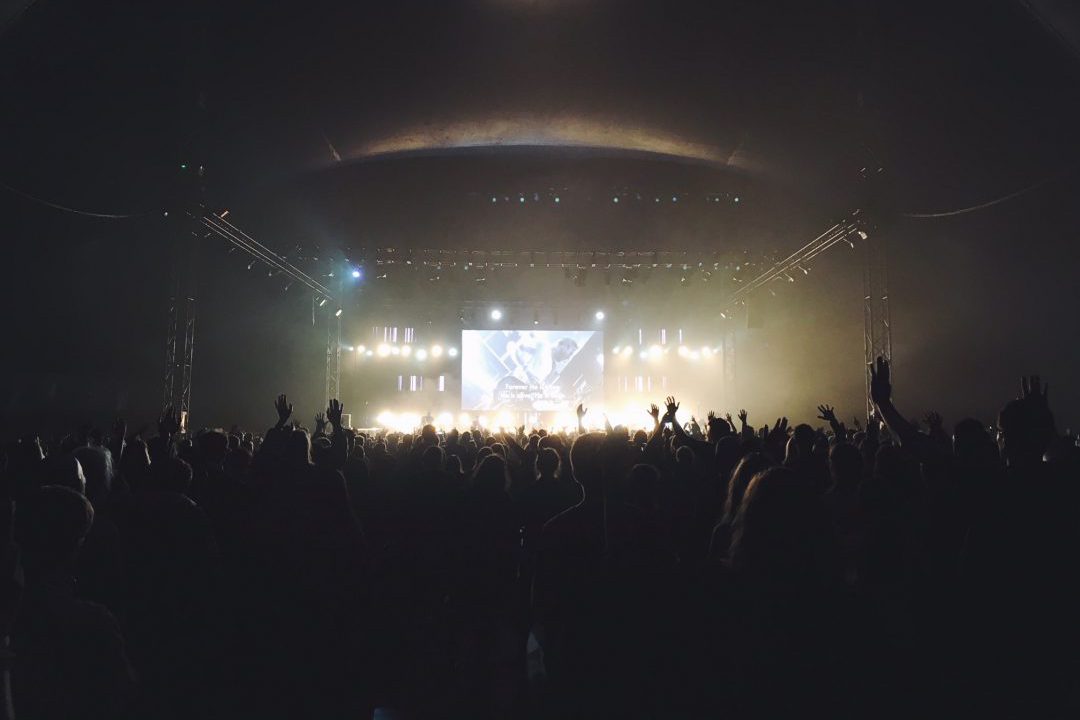 [Note: This is part 1 of 2 on the topic of idolatry, worship, and how the form our worship matters. You can find part 2 here]

It’s very easy for hypocrisy to creep into our churches and turn us into unrepentant, distracted, and apathetic worshipers. We may appear to be honoring God with our words and actions while simply going through the motions in order to fill our weekly worship quota. In fact, throughout Israel’s history we see God using his prophets to tell his people how he hates their empty, heartless, hypocritical worship (Amos 5:21–27; Hos. 6:6; Is. 1:10–17; 66:1–4; Mic. 6:6–8). But there’s another sin that Israel was guilty of in worship that is just as dangerous and offensive to God as hypocrisy and still a problem for us today: the sin of idolatry.

Worshiping the Right God in the Wrong Way

Idolatry is not only worshiping anything other than the one true God; it also includes worshiping the right God in the wrong way. Not only are we commanded to worship the one true God exclusively and wholeheartedly (Ex 20:2-3; Deut 6:4-5), we are also commanded to worship God for who he has revealed himself to be and in ways that please him (Ex 20:4-6; Deut 4:15-19). At times Israel worshiped with the right words and actions, according to the pattern God gave them in his Word, but their hearts remained far from him (hypocrisy). At other times, however, they worshiped God with sincere hearts but in creative and improper ways that were not according to God’s Word (idolatry).

In many churches today the form of worship seems to be completely disregarded. Now don’t get me wrong: this is not about style or a diatribe against “contemporary” worship and concert-like environments (although there are no “neutral” cultural forms). I believe that true, biblical, and acceptable worship can (and should) be creative (cf. 1 Chron 23:5) and new (Ps 96:1; Col 3:16). I also believe there is much about the form of our corporate worship that Scripture remains silent on that requires prayerful, Bible-saturated, God-glorifying, spiritual wisdom and discernment.

My concern is more specifically with our attempts to reject, replace, or improve the biblical elements of worship that God has prescribed as well as who God has revealed himself to be. As long as the heart is right and the worship sincere, it is said, then the form doesn’t matter. However, the biblical evidence points towards a more careful consideration of the form our worship takes.

False Worship and Idolatry in Scripture

There are numerous examples in both Old and New Testaments of sincere worship offered to God but in ways that were displeasing to him.

One of the most famous examples of idolatry is the golden calf episode in Exodus 32. In this case, the image was not of a foreign god but a misrepresentation of Yahweh himself, (Ex 32:4-6), making it more a violation of the second commandment than the first. In his book,  A Better Way, Michael Horton writes, “Impatient with hearing God, they decided to create a visual representation of God that they could control…The golden calf may have been called the presence of god, but it was in truth nothing more than a projection of the worshipers’ felt needs.”1 What resulted was worship of the one true God, but in a manner that was forbidden by God. Their creativity led to idolatry and divine judgment (Ex 32:7-35). Commenting on this passage, Calvin concludes, “those who corrupt the pure worship of God by their inventions, may pride themselves on their good intentions, they still deny the true God, and substitute devils in His place.”2

Not long after the golden calf debacle we have the account of Aaron’s sons, Nadab and Abihu, being struck dead for offering “unauthorized [i.e., strange] fire before the Lord, which he had not commanded them” (Lev 10:1-2). Rather than hold God’s required form of worship as sufficient (cf. Lev 1:1), they took creative license to approach God on their own terms. Philip Ryken reminds us in his commentary on Exodus that, “Although God appreciates artistry, he will not tolerate idolatry.”

The Old Testament has other similar instances of idolatry and false worship. In Judges, we read how Micah did what was right his own eyes by setting up idols to the Lord in his house and appointing his own priest (Judges 17-18).  First Samuel recounts how God rejected Saul’s non-prescribed worship, telling him “to obey is better than sacrifice” (1 Sam 15:22). Then there’s the famous incident where Uzzah was struck dead for touching the Ark, which was being handled improperly on a cart (2 Sam 6:1-7; cf. Ex 25:14). In Kings, we read how Jereboam created golden calves for worship rather than going up to the temple at Jerusalem (1 Kings 12:28; cf. 2 Kings 10:28-29; Deut 12).

Even in the New Testament we see the form of worship being just as important as the heart behind it. Jesus rejected both the hypocritical and idolatrous worship of the Pharisees which was according to the “traditions of the elders” (Matt 15:1-4; Mark 7:6-7) and also gave his disciples a model of prayer to follow (Matt 6:9:13). Michael Horton notes, “Like a trellis, [it] taught wandering hearts to weave their prayers up to God in a manner that delighted him.”3

In Acts, Paul condemns the unbelievers at Athens saying, “we ought not to think that the divine being is like gold or silver or stone, an image formed by the art and imagination of man” (Acts 17:29). Paul also responds in his epistles to the false worship going on in the churches (1 Cor 11:17-34; 14), even calling the public worship at Colossae “self-made religion” (Col 2:23). In Revelation we see Jesus condemning idolatrous practices and cultural compromise found in the early church (Rev 2:12-28).

In all these cases, the worship offered to God might have been sincere and with good intentions. However, it was according to values and directions that were contrary to what God had graciously prescribed in his Word.

The Sufficiency of Scripture for Worship

A common thread in these instances of idolatry is a rejection of the sufficiency of God’s Word for worship. At the foot of Mt. Sinai, Israel was not content with God’s Word to them through the mediation of Moses and the giving of the law. Instead, they wanted a god they could see and touch. In the similar case of Jereboam’s golden calves, he wanted something more convenient, more tangible. Rather than trust and obey God’s explicit instructions to carry the Ark on poles, the Israelites improvised with disastrous consequences. Regarding the case of Nadab and Abihu, Horton writes the following:

On one hand, they may have been looking for more transcendence—more ritual, another liturgical innovation. On the other hand, they may have had a desire for more immanence—a form of worship that seemed to bring God down to their level. In any case, they were sincere. They presumed to serve God in the way that they found “worshipful,” but they were unwilling to regard God’s commanded worship as sufficient.4

When God’s commanded worship is regarded as insufficient, we can easily take matters into our own creative and idolatrous hands.

In part 2 of this post, we will look at where we see this idolatry today, what true, biblical, and acceptable worship is, and how to avoid both hypocrisy and idolatry