My Barley Harvest at 65 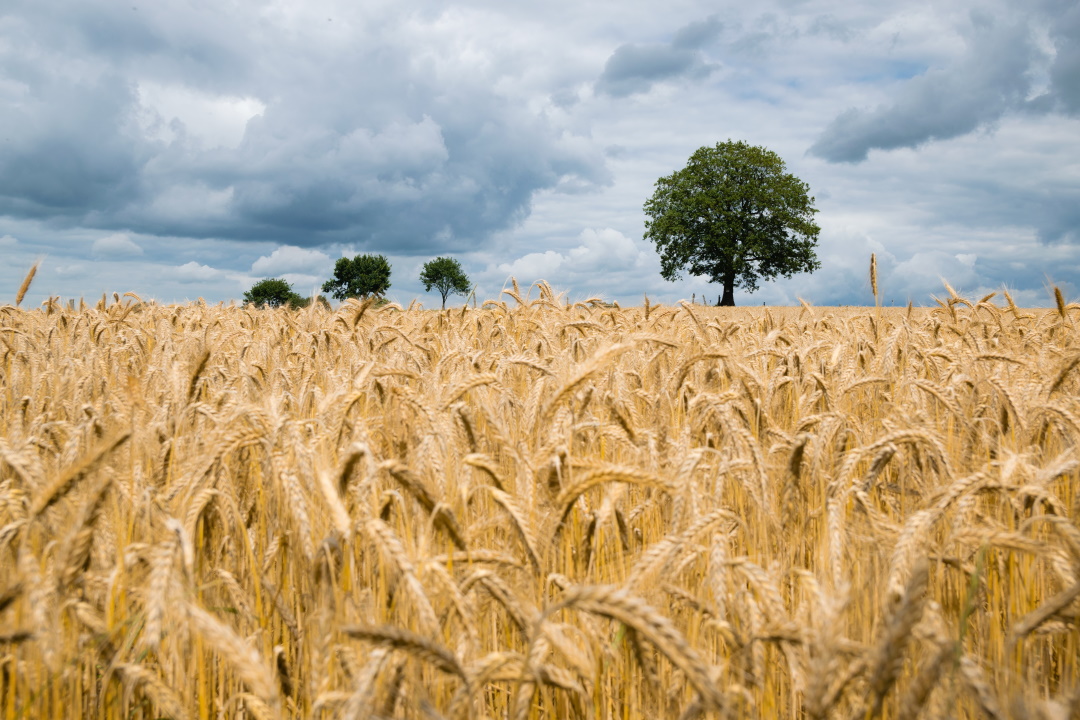 On March 21st of 2021, our church began a sermon series on the book of Romans, which has been enlightening, to say the least! The book of Romans is just packed full of the gospel of God and the doctrines of the church, and everyone has been thoroughly enjoying the series. However, after finishing chapters one through four, the pastors decided to take a break from Romans and do a short sermon series on the book of Ruth for part of the summer. The Ruth sermon series began on July 25 and ended on August 22. For me, it could not have been timelier.

This summer, I reached a milestone age, one that I have been inwardly dreading because of its significance. I turned the ripe old age of 65! I was dreading it, not necessarily because I am in the old-age category now, but rather, because of my social status.

Being a sixty-five-year-old woman comes with its own social status norm. Most women my age have a husband, grown children and grandchildren. Therefore, women my age have already experienced the joy of being married, the delight of raising children, and then of course, the thrill of having little grandchildren to love and adore. But those statuses do not hold true for me; hence, the silent dread. Undoubtedly, I had been looking at what I do not have rather than what I do have. Little did I realize that the sermon series on the Book of Ruth was going to help me see that God has made me rich with an incredibly, beautiful “barley harvest.”

We’re all familiar with the book of Ruth, with its wonderful story, highlighting themes that draw us in such as love, loyalty, and kindness. It even includes the sovereignty of God in that his own son, Jesus, would eventually come from the unlikely line of Ruth, a Moabite.

Of course, there are other parts of the story that are not quite as “so-called” wonderful. We see suffering brought on by famine and even death, which eventually leads to hopelessness and desperation. Naomi experienced these calamities, and she allowed them to cloud her perspective. Due to her husband’s death, she was now a widow, and because of the death of both of her sons, she would have no grandchildren. Those were the things upon which she chose to focus. She was looking only at what she did NOT have. She put it this way:

Until this sermon series, this is how I was looking at my upcoming birthday. I was looking at my status, as was Naomi, focused only on my current situation, rather than the sixty-five years of God’s faithfulness to me. God has been such a good Father, blessing me abundantly over the years. He has brought me through a heartbreaking divorce, a fearful cancer surgery, the death of my precious sister as well as both of my wonderful parents, and so much more. I have a beautiful home, a loving family, including many nieces and nephews to love and adore like my own. I have a job that I totally enjoy, working for the church that I love and have attended all my life. I am rich with many, many wonderful friends. And the list goes on. Truly my barley harvest is full!

For a portion of the story, Naomi saw herself as having nothing. But as we know, she soon came to the realization that her suffering was not wasted, but rather used by her God to bring about blessings that she could never have even imagined on her own! She and Ruth were about to experience an incredibly full barley harvest, in more ways than one!

So she gleaned in the field [of Boaz] until evening. Then she beat out what she had gleaned, and it was about an ephah of barley (Ruth 2:17)

We learned that an ephah of barley was equivalent to 92 cups. Ruth gathered that amount just on her first day in the field of Boaz. But food provision would only be one of the many blessings that would come through Naomi’s suffering. We are all familiar with the story’s ending. In the sovereignty of God, Boaz was the family’s redeemer. According to the custom of their time, a redeemer had the right to rescue a family member who was in need or in danger. In this case, Boaz would not only purchase Naomi’s land, but he would also marry Ruth, and in so doing, protect both she and Naomi as well as provide for them.

Together, Boaz and Ruth would bring Obed into the world, who would become the father of Jesse, who would become the father of King David. This put Ruth in the genealogy of the true Redeemer, Christ Jesus.  Naomi’s “harvest” was much more than grains of barley. She not only would be cared for, provided for, and protected, but she would also be the great, great grandmother to King David, and would be in the lineage of the True and Better Redeemer, Jesus. What a harvest, indeed!

One of our pastors shared the lyrics to a hymn during his section of the book of Ruth. The words to this song truly moved me. The hymn is called, “God Moves in a Mysterious Way” by William Cowper. The lyrics are as follows:

God moves in a mysterious way
His wonders to perform;
He plants His footsteps in the sea
And rides upon the storm.

Ye fearful saints, fresh courage take;
The clouds ye so much dread
Are big with mercy and shall break
With blessings on your head.

Judge not the Lord by feeble sense,
But trust Him for His grace;
Behind a frowning providence
He hides a smiling face.

His purposes will ripen fast,
Unfolding every hour;
The bud may have a bitter taste,
But sweet will be the flower.

Blind unbelief is sure to err
And scan His work in vain;
God is His own interpreter,
And He will make it plain.

The entire sermon series on the book of Ruth was used by God to correct my focus, By the time my pastors reached the final chapters, I was reminded of yet a greater truth, the ultimate blessing of all. I have a Reedemer! I too, was chosen by my Redeemer when I was at my lowest and in desperate need of a Savior. And I can truly say that having a Redeemer is a far greater blessing than having material things or a fitting social status. Being redeemed by Jesus is the greatest love story of all. He saw me at my worst and not only loved me but gave his life for me. The apostle Paul’s letter to the Romans says it this way, God shows his love for us in that while we were still sinners, Christ died for us (Rom. 5:8).

Though my blessings are wonderful and many, they pale in comparison to the fact that I have been redeemed!

So yes, my “barley harvest” is full! And indeed, I am beyond grateful for my many blessings. But the most exceptional wonder of all is that I have a Redeemer. My Redeemer is Christ, and in Him I have everything that I need. Praise God from whom all blessings flow!

Jaynie Laprade is the administrative assistant at Elmira Christian Center. She also serves as a community group and worship leader.  She is passionate about memorizing Scripture and helping others become fluent in the gospel. In her spare time, you will find her sipping on iced coffee, spending time with friends and family, or watching the Hallmark channel. Her favorite pastime is doting on her nieces and nephews, who are her pride and joy! You can follow her on Instagram and Twitter