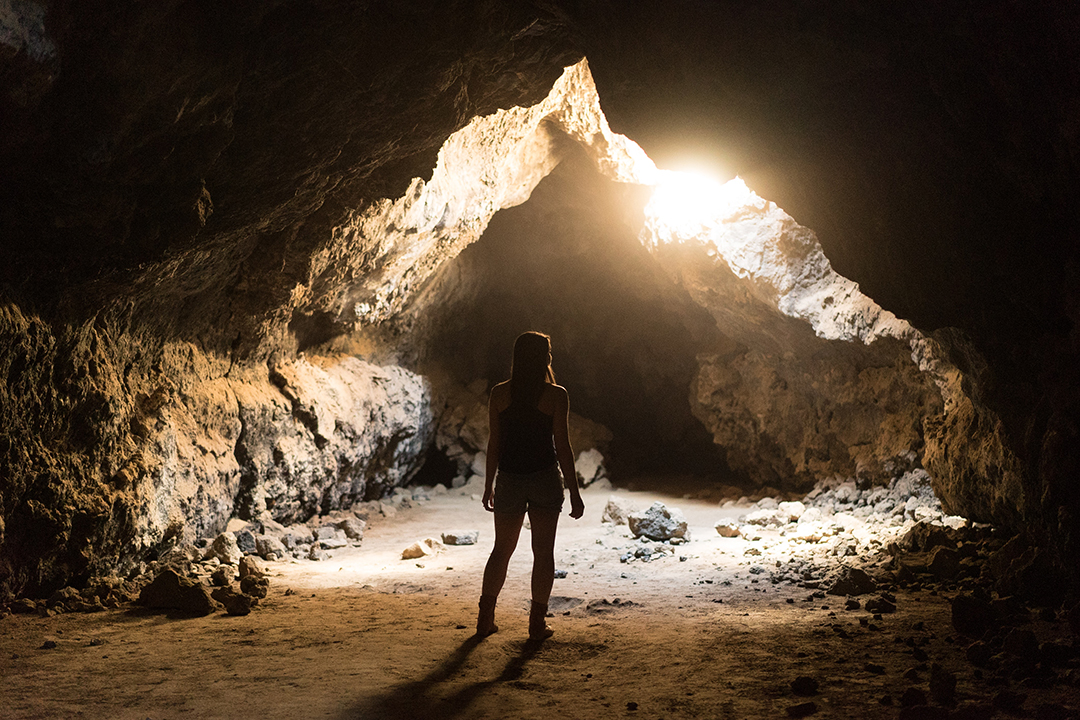 In his letter to the Colossian church Paul prays that they would “walk in a manner worthy of the Lord, fully pleasing to him” (Col. 1:9-10). This means living in a manner fitting for those who call Jesus Christ their Lord, reflecting God’s character, and following the example Christ set before them. In the following verses Paul elaborates on what this looks like: bearing fruit in every good work, increasing in knowledge, being strengthened for joyful endurance, and thanksgiving (Col. 1:10-12).

At the end of his prayer, in verses 12-14, Paul gives three reasons why the Colossians should be characterized by thanksgiving, joy, and patience in everything they do and through everything they face.

giving thanks to the Father, who has qualified you to share in the inheritance of the saints in light. He has delivered us from the domain of darkness and transferred us to the kingdom of his beloved Son, in whom we have redemption, the forgiveness of sins (Colossians 1:12-14).

These three overlapping reasons for thankfulness provide us with a concise summary of the gospel and the theme of all Scripture. The Colossian believers have been qualified for the inheritance of the saints, delivered from the domain of darkness and redeemed by the Son. And this is all the work of God; it is his initiative, his plan, and his power that brings it all to pass.

From this passage we learn that, in order to walk worthy of Christ, we must constantly give thanks to God for all he has graciously done for us and our salvation.

Qualified for the Inheritance

The first reason to give thanks is that we have been qualified to share in the inheritance of the saints in light (Col 1:12). While this may initially seem like an elaborate way of saying that God enabled the Colossians to hear and receive the gospel, the language Paul uses is important. For the reader familiar with the Old Testament, this language evokes vivid imagery of the story of Israel, the exodus, and the Promised Land. “To share in the inheritance of the saints” echoes the promise first given to Abraham and then to the people of Israel that they would possess the land of Canaan (Gen 13:14-17; Num 26:52-56; Josh. 19:9). But here, Paul is saying that the church—comprised of both Jews and Gentiles—have equal and full access to the inheritance of God’s people (Eph 2:11-13).

What is also striking about this verse is that, just like the Israelites, the Colossians were qualified to share in this heavenly inheritance. It was not something they were worthy of on their own. The exodus of the Old Covenant was not earned by Israel, and neither is the exodus earned by the church in New Covenant. It was something done to them and for them. Thus, Paul makes it abundantly clear that it is God the Father who has “made them fit” for this glorious inheritance through the death of his Son, the Lord Jesus (Col. 1:20-22).

The second reason for our joyful thanksgiving is closely related to the first. Paul says that Colossians—along with Paul himself—have been delivered from the domain of darkness and transferred to the kingdom of God’s beloved Son (Col. 1:13). This idea of being rescued from bondage and transferred to a new kingdom would once again evoke Old Testament exodus imagery (Exod. 6:6; 12:27; 14:30). Here however, the deliverance is not merely from slavery in Egypt, but from the power of sin and the domain of darkness that all of mankind is born into (Eph. 2:1-3; Rom. 5:21; 6:16-23).

The Bible makes it abundantly clear that there are only two kingdoms that everyone finds themselves in. By nature, we belong to the domain of darkness, but by grace we belong to the kingdom of the Son. The good news is that our gracious God and Father has delivered us from the realm of sin and death and transferred us to the kingdom of his beloved Son, a kingdom of righteousness, joy, peace, and love. This is the heavenly inheritance of the saints in light that the Colossian believers now share in. As Peter says, we are God’s people, a holy nation, who have been called out of darkness into God’s marvelous light (1 Pet. 2:9). God does not rescue us from darkness only to wander as lords of our own individual kingdoms. In salvation, Christ becomes both our Savior and Lord.

What is also remarkable about this passage is that all of these actions are in the past tense; they are things not only initiated but already decisively accomplished by God. We have been qualified, we have been delivered from darkness, and we have been transferred to the kingdom of the Son. This salvation is a present reality! While we do not experience the full reality now, it is as good as done. For those who have repented and believed in Jesus, they have become citizens of heaven (Phil. 3:20), they have already come, in some sense, to the heavenly Mount Zion (Heb.12:18-24). And when Christ returns, we will fully enter the eternal kingdom of God to enjoy fellowship and communion with the triune God forever (1 Cor. 15:20-28).

The third reason Paul gives for Christians to constantly give thanks is that we have been redeemed and forgiven (Col. 1:14). In order to share in the inheritance of the saints, and become citizens of the kingdom of God, we need our sins dealt with. Darkness cannot have any fellowship with the light (2 Cor. 6:14). What we need is to be rescued from the guilt and penalty of our sin, as well as our bondage to sin. And this freedom is ours in Christ Jesus! This redemption and forgiveness is how we are qualified for the saints’ glorious inheritance. While in verse 13 Paul provides a summary our salvation in its entirety, in verse 14 he focuses on the personal, ongoing experience of the Christian life. Later on in his letter Paul provides us with a stunning description of the redemption Christ accomplished for us:

And you, who were dead in your trespasses and the uncircumcision of your flesh, God made alive together with him, having forgiven us all our trespasses, by canceling the record of debt that stood against us with its legal demands. This he set aside, nailing it to the cross. He disarmed the rulers and authorities and put them to open shame, by triumphing over them in him (Colossians 2:13-15).

This is the heart of the Christian faith. Our sin has been nailed to the cross, our debt has been cancelled, and our former master of has been conquered by the Lord Jesus Christ. The domain of darkness no longer has a claim on us (Rom. 6:14). As citizens of the Son’s kingdom, as children of light, we have redemption and forgiveness of sin now! Our redemption is an ongoing reality that empowers us for daily living and is the theme of our song. Those who have truly been redeemed and forgiven cannot help but give thanks to God constantly and wholeheartedly.

A New and Greater Exodus

Israel’s exodus from Egypt was a monumental act of sovereign grace and power. Their deliverance from slavery and oppression, their promise of an inheritance, and their possession of land were signs of God’s goodness and mercy to a people completely undeserving of his steadfast love (cf. Deut 7:7-8). And yet, as great as these Old Covenant blessings were—a land to call home, abundant provision and material blessing—these were signs of a greater and more significant exodus initiated and accomplished by the Father when he sent his Son and his Spirit. It is this new and greater exodus that causes God’s people to not only sing the song of Moses in the age to come (Ex. 15), but the song of the Lamb (Rev. 15:1-4; cf. Rev 4-5).

To walk worthy of Christ is to thank God constantly for our salvation. We live a life of thanksgiving because we know that without God’s initiative and power, we could never qualify ourselves for the inheritance. Without God’s power we could never deliver ourselves from the domain of darkness that we naturally love. Left to our sinful ways, not one of us would want to be transferred to the kingdom of the beloved Son, because we love the darkness rather than the light (John 3:19-20). And without God’s mercy and grace we would have no way to pay the debt of our sin. But God, being rich in mercy, has shown us the depths of his goodness and love in providing us with a Redeemer and King, who has cancelled our debt and qualified us for eternal life with the blessed God.

Were the whole realm of nature mine,
That were an offering far too small;
Love so amazing, so divine,
Demands my soul, my life, my all. —Isaac Watts