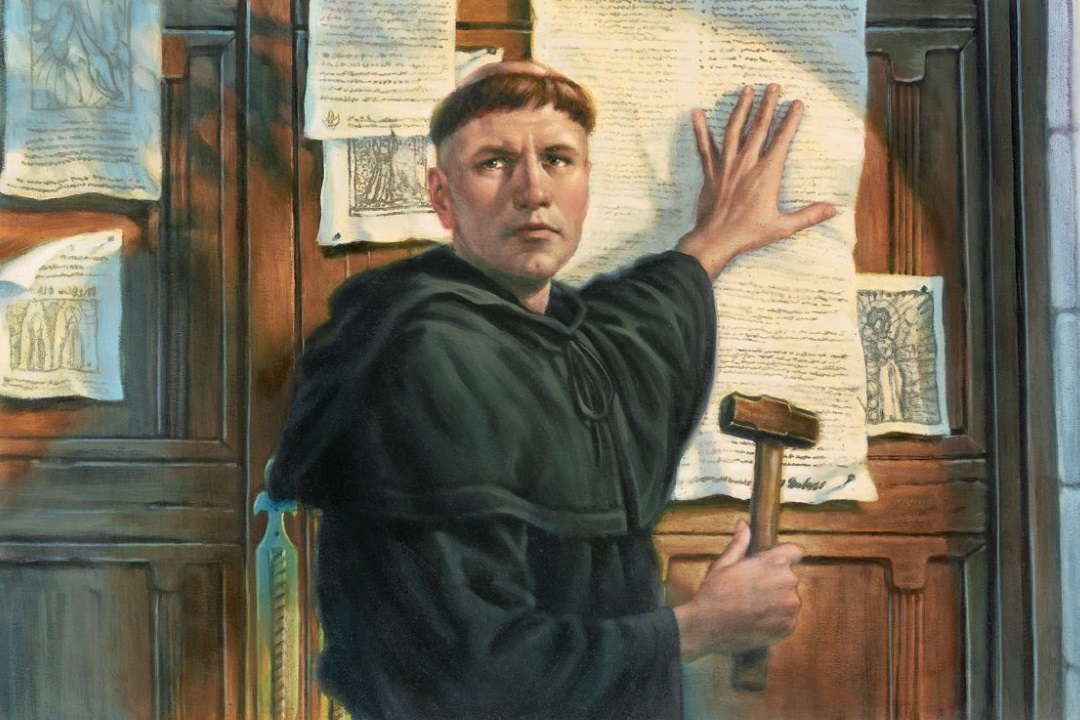 While October 31 is the day our culture celebrates Halloween, Protestants have something far greater to celebrate. On October 31 in 15 17, the German monk named Martin Luther nailed his 95 theses to the door of the Castle Church in Wittenberg. Luther was concerned with several questionable church practices and he wanted to debate his 95 theses with his brothers in the church. The debate, however, sparked a protest that would recover the gospel and change the world.

Stephen Nichols sums it up well:

What is Reformation Day? It is the day the light of the gospel broke forth out of darkness. It was the day that began the Protestant Reformation. It was a day that led to Martin Luther, John Calvin, John Knox, and may other Reformers helping the church find its way back to God’s Word as the only authority for faith and life and leading the church back to the glorious doctrines of justification by grace alone through faith alone in Christ alone. It kindled the fires of missionary endeavors, it led to hymn writing and congregational singing, and it led to the centrality of the sermon and preaching for the people of God. It is the celebration of a theological, ecclesiastical, and cultural transformation.

Reformation day is family history for all Protestants: Anglicans, Baptists, Lutherans, Methodists, Pentecostals, Presbyterians, and everyone in between.

To celebrate the 501st anniversary of the Reformation, here are some excellent resources.

The Lutheran Reformation: Lectures by Dr. Carl Trueman. Thanks to the Master’s Seminary and Professor Carl Trueman, you can watch all the lectures from Trueman’s class on the Reformation for free online! These are an absolute gold mine.

The Next 500 Years. The 2017 Ligonier Ministries National Conference celebrating the 500th anniversary of the Reformation and the future of the church.

Luther: The Life and Legacy of the German Reformer. This is an outstanding documentary on the story behind the man who sparked the Protestant Reformation

A Protestant Confession of Church Unity

One of the best ways to commemorate the Reformation is to remember the Reformers’ original vision for true catholic (i.e., universal) unity under the authority of Scripture alone. In 2017,  a number of leaders from across the Protestant spectrum came together to honor the original vision of the Reformers by demonstrating that, despite our genuine differences, there is a significant and substantial doctrinal consensus that unites us as “mere Protestants.”

Dozens of Protestant theologians have joined together to produce a “Reforming Catholic Confession” which has already been endorsed by several hundred church leaders. This confession summarizes the beliefs Protestants of diverse churches and theological traditions hold in common.