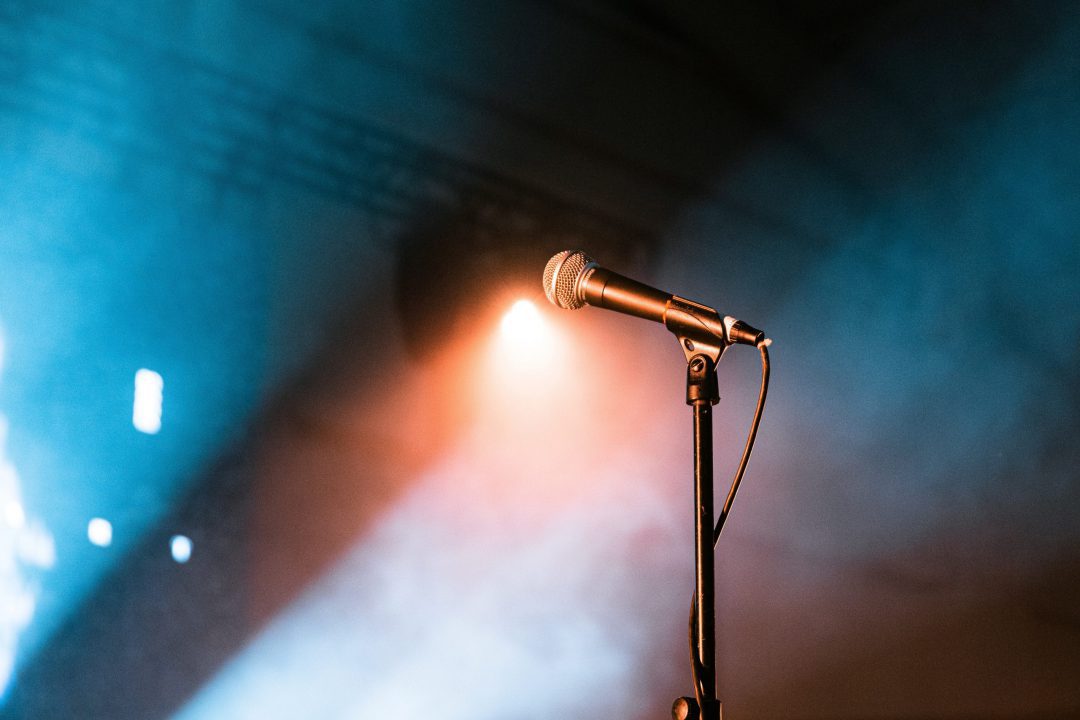 I love Christian hip-hop music. While much of what passes for “Christian” music today is a far-cry from gospel-saturated and Christ-exalting, there are several artists who write and perform what can accurately be labeled as true “Christian music.” And one style of music in particular that God has been pleased to use to draw my heart to worship him, to help me delight in gospel of his Son, and to build me up in the faith, is the genre of Christian hip-hop.

Rap artists such as The Cross Movement, Beautiful Eulogy, Timothy Brindle, The Ambassador, and others have made a profound impact on my life through their theologically rich and biblically sound lyrics. Their music presents the listener with unique, creative, and memorable expressions of the doctrines of the Christian faith. As we continue to contemplate the Incarnation of Christ during this Christmas season (and as we should do year-round), I want to share one of my favorite hip-hop songs. The song is called “The Hypostatic Union,” written by Lamp Mode recording artist, Shai Linne.

Don’t let the title of the song throw you off. The phrase ‘hypostatic union’ is an old term used to clarify the doctrine of the Incarnation. It comes from a Greek word (hypostasis) that means “the essential or basic nature of an entity.” In Hebrews 1:3, we read that Jesus “is the radiance of the glory of God and the exact imprint of his nature [hypostasis].” The hypostatic union is simply a fancy way of saying that the two natures of Christ—his truly divine nature and his truly human nature— are united in one person. As the Chalcedonian Creed states, his two natures are without confusion, without change, without division, and without separation. Jesus is one glorious person. In other words, the hypostatic union is what happened when the Word become flesh.

“The Hypostatic Union,” by Shai Linne

Verse 1
Our topic of discussion is beyond human comprehension
The infinite God has made a super condescension
The kind of entrance nobody could have anticipated
Precipitated by the evil we participated
In- through Adam and Eve our first kin
Cursed when they committed the first sin
Only if you have the Holy Spirit’s antennas
Can you truly understand fallen man’s dilemma
See, only a human can substitute for human lives
But only God can take the wrath of God and survive
See the humanly unsolvable obstacle?
With God all is plausible, nothing’s impossible
True haters’ll fight it, but the story is certain
Two natures united in one glorious person
Jesus, the God-Man, official soul reaper
The hypostatic union- it gets no deeper

Verse 2
The Son of God: 100% divinity
Self-existent, second Person of the Trinity
Magisterial, Imperial at the helm
Infinitely transcending this material realm
He’s so original, getting to know Him is pivotal
Behold the invincible, prototypical Holy Principal
Possessor of all divine attributes
The omnis, wisdom, grace, beauty, love, wrath, and truth
He’s the One that all creation was made through
And by Him, the earth’s foundation was laid, too
Ask the angels, they saw it on pay-per-view
Created Satan too, matter of fact- He created you
And nothing can escape Jesus’ sovereign rule
From the farthest galaxy to the smallest molecule
So, who deserves to gain fame?
By the word of His power the universe is maintained
In other words, put the cosmos back on the shelf
Without Christ, reality would collapse on itself
Jesus, the marvelous Author of all consciousness
Beyond what the sharpest biologist acknowledges
He needs no archaeologists or smart apologists
He sees all hearts: Omnipresent Cardiologist
Master of Logic, Macrocosmic Novelist
Following any other god is just preposterous!

Verse 3
The Son of Man 100% humanity
The mind stretches to understand how can it be?
You gotta see what He does:
Becoming what He wasn’t while never ceasing to be what He was
Is your mind flipping? That got you tripping? Me too
But the Scripture is true- peep Philippians 2
By faith we believe this amazing Jesus
Who made Uranus and Venus became a fetus
It’s such a secret that few if anybody knew it
Months later, He’s covered in amniotic fluid
The subject of the gospels, praise of Apostles
Armed with eye sockets, arm pits, and nostrils?
Who is this Jesus? God clothed in human weakness
Super sweetness and peace for the true believers
See the One who never tires knocked out sleeping
See the Source of eternal joy weeping
Which one can explain how the Son, abundant with fame
Who made thunder and rain, now has hunger pains?
See the Creator of water become thirsty
On the cross when He saves from the slaughter the unworthy
My awe should be sky high and I ought to just cry, “Why?”
with water in my eyes when the Author of Life dies
Raised on the third, God man- soul seeker
The hypostatic union- it gets no deeper