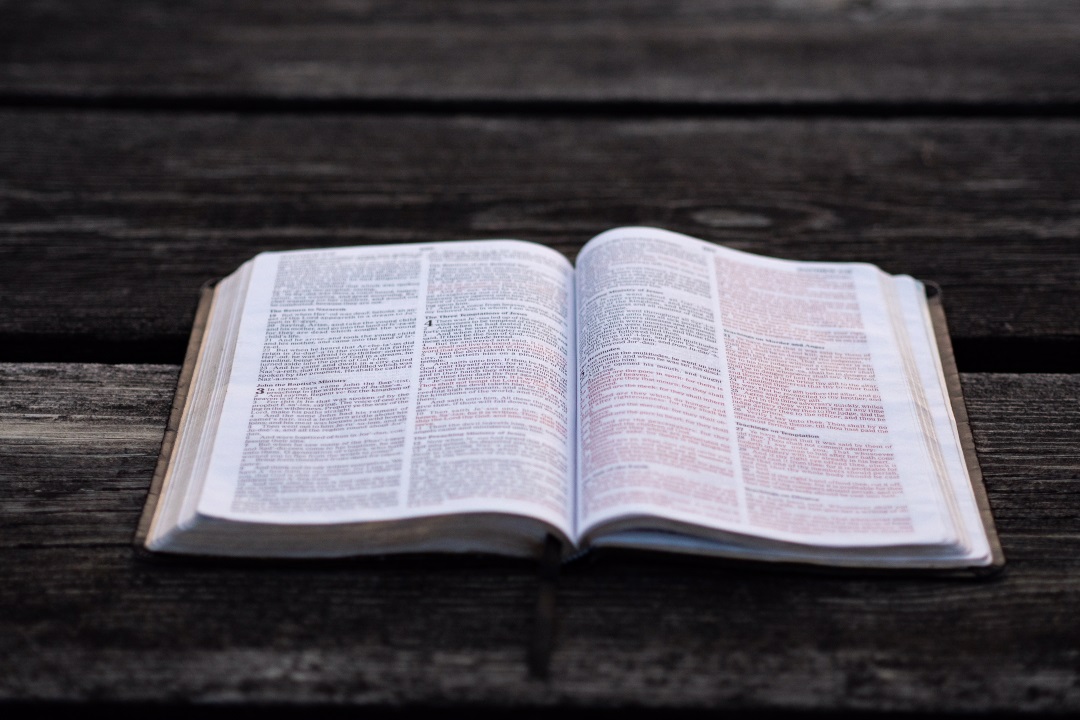 A few years ago, I came across a striking statement made by a pastor commenting on the verse, “Man shall not live by bread alone, but by every word that comes from the mouth of God” (Matt 4:4). Rather than rightly understanding Jesus to be contrasting literal bread to the Scriptures, he said, “We need more than the bread of the Word; we need to hear God’s voice.” This unorthodox interpretation follows a similar line of argument made by pastor Bill Johnson who writes, “Jesus did not say ‘My sheep will know my book.’ It is His voice that we are to know”.1

What these (mis)interpretations of Scripture are attempting to do is separate God’s voice from God’s Word, elevating the spoken word (rhema) from the written word (logos). Proponents of such a subtle move have often accused believers of focusing on Scripture instead of the Holy Spirit, worshiping “Father, Son, and Holy Bible,” and have even used Jesus’ words to the legalistic Pharisees in John 5:39 against bible-believing, Spirit-dependent Christians! Unfortunately, this only attempts to separate two things that have never been, were never supposed to be, and can never be separated.

By the Spirit, through the Word

The true church has always understood the Spirit to work and speak through, not apart from, the Scriptures. Being fully God, the Spirit is the divine Author of all Scripture and is responsible for the work of illumination in the believer (1 Cor 2:6-16; 2 Tim 3:15-17; 2 Pet 1:20-21). In fact, the Bible makes it clear that to be filled with the Spirit is synonymous with being filled with the Word (compare Eph 5:18-20 and Col 3:16). The word of Christ we hear/read that produces faith (rhema in Rom 10:17), is the same Spirit-inspired Word of Scripture that ought to dwell in us richly (logos in Col 3:16). The so-called “rhema word” can’t be so easily separated from the Bible.

To believe, then, that the Holy Spirit can be divorced from, and elevated above, the Word of God is a misconception that divides the Spirit against Himself. Pitting the Spirit and the Word of God against each other may sound catchy and spiritual, but it is pure sophistry that creates a false dichotomy and unnecessary division between believers. It is a downplaying of the sufficiency of Scripture at best and a rejection of it at worst.

Nothing New Under the Sun

Since there is nothing new under the sun, it shouldn’t surprise us that the church has dealt with this false dichotomy before. In his Institutes of the Christian Religion, published in 1536, John Calvin writes:

Those who, rejecting Scripture, imagine that they have some peculiar way of penetrating to God, are to be deemed not so much under the influence of error as madness. For certain giddy men have lately appeared, who, while they make a great display of the superiority of the Spirit, reject all reading of the Scriptures themselves, and deride the simplicity of those who only delight in what they call the dead and deadly letter. (Institutes 1.9.1)

Apparently, in Calvin’s day (16th century) there were people in the church trying to divide the Spirit and the Word as well. They claimed to have a fresh new way of “penetrating to God,” and held believers in contempt who “only” delighted in the Word, as if delighting in the Word necessarily excluded delighting in the Spirit. They even considered the Scriptures to be the “dead and deadly letter” Paul spoke of in 2 Corinthians 3:6, rather than the written code of the law without Christ.2 This was Scripture-twisting at its finest, and it still plagues the church today.

Your Word is Truth

In response to this downplaying of Scripture, Calvin boldly states that,

The office of the Spirit promised to us is not to form new and unheard-of revelations, or to coin a new form of doctrine, by which we may be led away from the received doctrine of the gospel, but to seal on our minds the very doctrine which the gospel recommends. (Institutes, 1.9.1).

To say that the Holy Spirit guides us into all the truth is to say that he leads us to Holy Scripture, with the person and work of Jesus Christ, the incarnate Word of God, at its center. The Apostle Peter, who saw the glorified and risen Christ in person, tells the churches that they actually have the “prophetic word more fully confirmed” than he did (2 Peter 1:16-21)! The Spirit is responsible for opening our our eyes to behold the beauty and glory of Christ in the Scriptures (cf. 1 John 1:1-4; Eph 3:4).  He is the one who opens our hearts to respond in faith and who sanctifies us by the Word of truth. (cf. 1 Peter 1:23-25; Rom 10:13; John 17:17).

Putting God in a Box

But doesn’t this “put God in a box”? Isn’t Scripture a box that constrains God? According to Calvin, the answer, in a sense, is yes, and that’s exactly the way God Himself wants it to be:

they say that it is insulting to subject the Spirit, to whom all things are to be subject, to the Scripture…True, if he were subjected to a human, an angelical, or to any foreign standard, it might be thought that he was rendered subordinate, or, if you will, brought into bondage. [But] so long as he is compared with himself…how can it be said that he is thereby injured? I admit that he [the Spirit] is brought to a test, but the very test by which it has pleased him that his majesty should be confirmed…he wishes us to recognize him by the image which he has stamped on the Scriptures [emphasis added].  (Institutes, 1.9.2)

What Calvin is saying is that Scripture is the God-appointed means through which the Holy Spirit works and operates. Whatever the Spirit says and brings to the mind of believers today (i.e., “impressions”) will always—always—be completely consistent with, and never beyond, what God has said in his Word. To say that this “limits God” or puts him “in a box” simply boils down to a rejection of God’s own appointed way of working in the world. To suggest that the Spirit “leads us off the map,” into the great unknown and beyond Scripture, not only drives a completely imaginary wedge between the Holy Spirit and his work through the Word (Jn 16:13; 17:17), but it also is a slippery slope towards a rejection of the sufficiency of Scripture (2 Tim 3:16-17).3

Don’t Go Beyond what is Written

Of course, one can know what Scripture says and still be in darkness (John 5:39; 2 Cor 4:4). But that in no way means that the Holy Spirit does not speak through the Word or that Scripture (the gospel!) is the “letter that kills”. Calvin concludes with the following:

For the Lord has so knit together the certainty of his word and his Spirit, that our minds are duly imbued with reverence for the word when the Spirit shining upon it enables us there to behold the face of God; and, on the other hand, we embrace the Spirit with no danger of delusion when we recognize him in his image, that is, in his word…God did not produce his word before men for the sake of sudden display, intending to abolish it the moment the Spirit should arrive; but he employed the same Spirit, by whose agency he had administered the word, to complete his work by the efficacious confirmation of the word [emphasis added] (Institutes, 1.9.3)

God speaks today by his Spirit through his Word. Let’s rejoice and be satisfied with that. “So then, brothers, stand firm and hold to the traditions that you were taught by us, either by our spoken word or by our letter” (2 Thess 2:15). Why seek after signs, impressions, and “downloads” when we have barely scratched the surface of the sure revelation God has given us in Scripture? May we come to delight in his Word, trusting that the Spirit will work through it. May we never go beyond what is written (1 Cor 4:6).