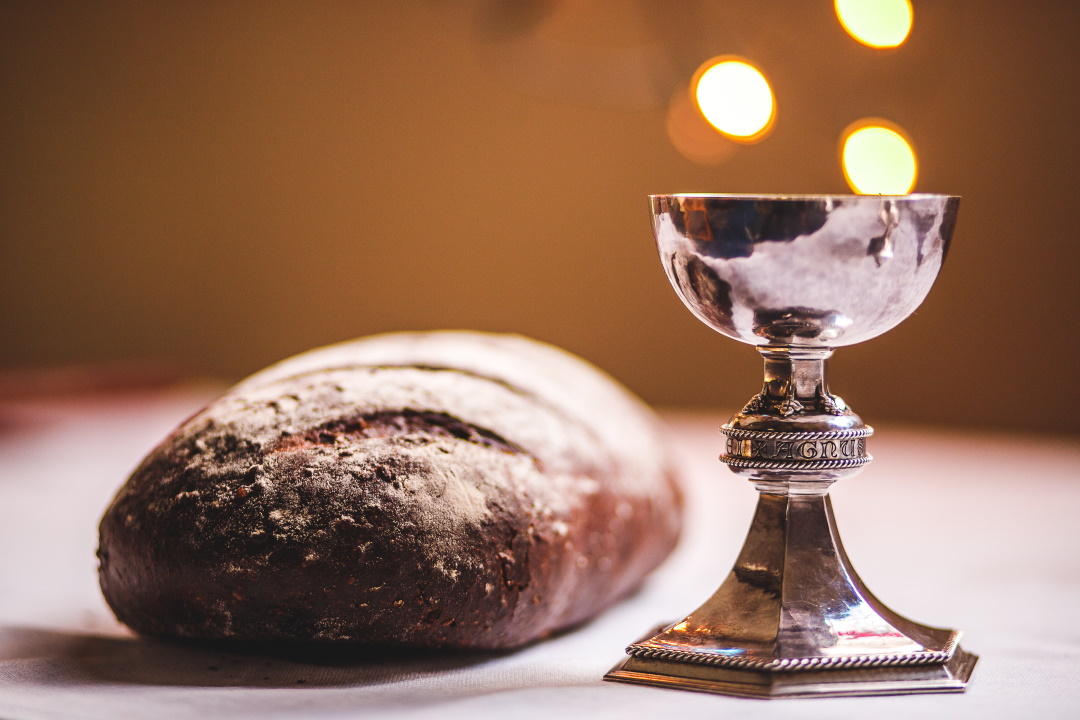 Over the last several years at ECC, we have made several reforms to our worship practices and weekly liturgy. We began to preach expositionally through books of the Bible. We have kept children in the worship service. We began to be more intentional about the songs we sing. We added a time to confess our sins, hear an assurance of pardon, and receive a benediction. We increased the time we spent praying in each service, incorporating a blend of both spontaneous and written prayers. We began to recite the ancient creeds of the Christian church to help us not only confess our faith, but remember our unity with the historic and global church. All of these changes have been to help our church continue to be reformed according to Scripture, be recalibrated, and “rehearse” the gospel in our weekly worship.

As we have recovered the centrality of the gospel for all that we do in our worship, we have been increasingly convinced that another way to do this would be to move to a weekly celebration of the Lord’s Supper. Now, there is no clear command in Scripture that outlines the exact frequency and logistics of the Lord’s Supper (just like there are no explicit commands on making announcements or having a brief moment of fellowship during the service). In fact, there is nothing wrong with celebrating it weekly, bi-weekly or monthly. But there are several reasons why we believe we would benefit from this change. There are exegetical reasons from Scripture, historical reasons, and practical reasons.

In 1 Corinthians 11, where Paul talks about the Lord’s Supper, the phrase “when you come together” is repeated five times. Though the Corinthians had some serious problems with how they were observing the Lord’s Supper, the frequency was not one of them. The evidence here leans toward the supper being part of the weekly gathering of the church. Ray Van Neste writes: “The fact that abuse of the Lord’s Supper was such a problem in Corinth strongly suggests the Supper was held frequently. Could it have been such a problem if it only occurred quarterly?”

Weekly Communion has been observed by the church since the first century. The earliest Christian writings give instructions for celebrating it weekly. Church fathers such as Justin Martyr, Hippolytus,  Ambrose, and John Chrysostom advocated for it, as well as John Calvin, Jonathan Edwards, and Charles Spurgeon. Of course, just because these men practiced it doesn’t make it “biblical,” but it does establish a precedent for observing the Lord’s Supper weekly.

But what caused churches to move from celebrating the Lord’s Supper every time the church gathered together publicly? What replaced it? It was largely due to the modern invention of the altar call. In the 20th century, the altar call (as well as the so-called “sinner’s prayer”) supplanted the place and importance of Baptism and the Lord’s Supper in churches (Michael Haykin, Admist Us Our Beloved Stands, 123–4). The whole worship service built up to the dramatic moment when a person would “respond” to the message by going forward, and praying a prayer, and being saved…only if they really really meant it.

This desire to respond to the preaching of the gospel is a good thing! But God has given us a way to respond: by coming to Christ and receiving the Lord’s Supper, where we literally taste and see the gospel. We taste and see the Lord is good (Ps. 34:8). In the altar call, the qualification was “if you truly meant it.” Whether or not you benefited from going forward was based on your seriousness, whether you felt sad or contrite enough. But in Baptism and the Lord’s supper, as Kim Riddlebarger reminds us, “The focus is upon what God has done for sinners in the person of his son, Jesus, and not upon the strength of a sinner’s faith which the sacraments are intended to strengthen.” In the Lord’s Supper, God is declaring to struggling sinners, “I really mean it!”

Again, there is nothing wrong with observing the Lord’s Supper monthly or quarterly. But there seems to be a correlation between what you believe about the Supper and how often you take it. If you think it is just something that memorializes Jesus death, and nothing else, then you will not feel obligated to observe it as often as you gather. But historically, the church has believed that the Lord’s Supper is not just a memorial but a means of grace along with prayer, the Scriptures, and Baptism. These means of grace are things God has appointed for his church to receive the benefits of Christ’s death by the Holy Spirit. As Michael Haykin writes, “the Spirit uses the Scriptures, the word of God, and baptism and the Lord’s Supper to strengthen his people on their spiritual pilgrimage in this world.” This is why Paul says that when we break the bread and drink the cup we actually participate in the body and blood of Christ (1 Cor. 10:16). Consider the Second London Baptist Confession of 1689:

The supper of the Lord Jesus was instituted by him the same night he was betrayed. It is to be observed in his churches to the end of the age as a perpetual remembrance and display of the sacrifice of himself in his death. It is given for the confirmation of the faith of believers in all the benefits of Christ’s death, their spiritual nourishment and growth in him, and their further engagement in and to all the duties they owe him. The supper is to be a bond and pledge of their communion with Christ and each other. (30.1)

At ECC, this is what we want to recover when thinking about the Lord’s Supper. When we eat the bread and drink the cup, we are dramatizing our union with him, our communion with one another, and the work that he continues to do in us by the Spirit (1 Cor. 10:16-17). In other words, we look back to his death, around at the church, up to the risen and exalted Christ (Heb. 4:14-16), and forward to the day our Lord Jesus returns to feast with us forever in the new creation (Isa. 25). Furthermore, the Lord‘s Supper serves as a visual and tangible reminder of the gospel for our increasingly “visual” age and another way for to emphasize our unity in an increasingly polarized age.

With this understanding of what Scripture teaches and what the church has historically confessed, why wouldn’t we want to celebrate Communion with our Lord on a weekly basis?

Recommended Resources on the Lord’s Supper