Jerusalem and the Sin of Presumption 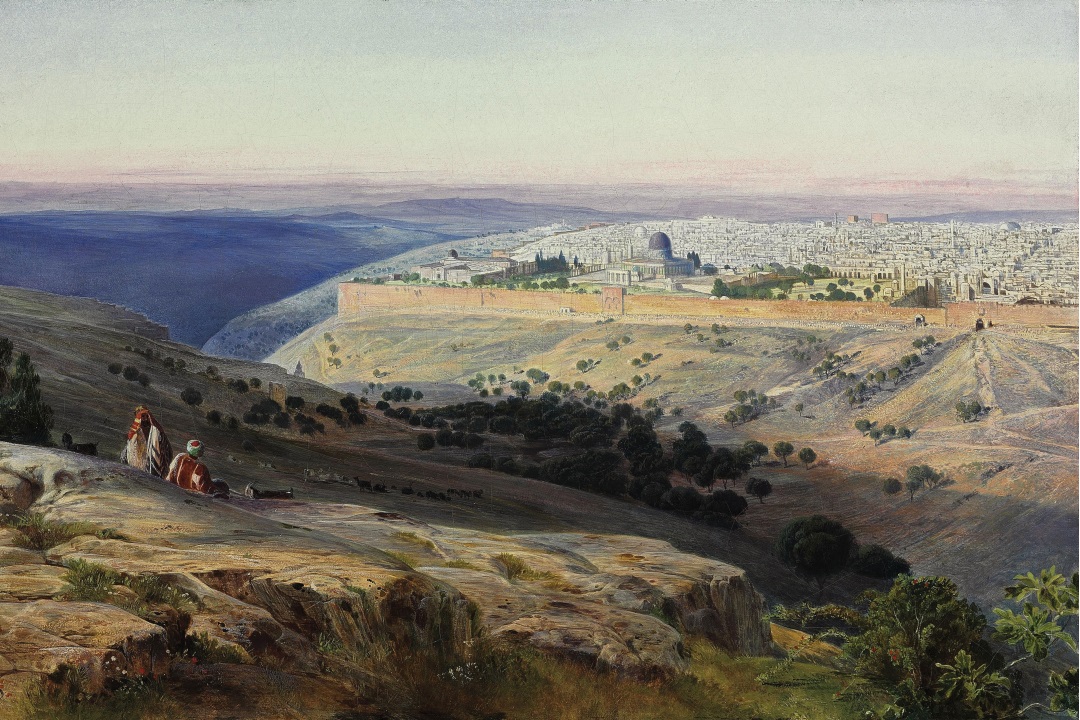 The city of Jerusalem is a central feature of Luke’s Gospel. His entire narrative is set against the background of godly Jews longing to see the ‘consolation of Israel’ (Luke 2:25) and eagerly waiting for the ‘redemption of Jerusalem’ (Luke 2:38). As the capital of the nation and the site of the temple, this unique city was associated with the presence of the divine Name and the place of true sacrifice; it was central to Israel’s life and hope (Deut. 12:10-11; Ps. 48; Isa. 52:7-10). It comes as no surprise, then, that Jerusalem plays an important part in the life and ministry of Israel’s Messiah, Jesus Christ.

The majority of Luke’s gospel is spent describing Jesus’ long journey towards Jerusalem. Jesus “set his face” to go there (Luke 9:51) in order to accomplish everything that written about the Son of Man by the prophets. But what the prophets foretold was that the promised Messiah would come to Jerusalem to suffer and die, having been ultimately rejected by his own people (Luke 18:31-33). Therefore, Luke’s overall description of Jerusalem is by no means optimistic.

The City that Rejected her Messiah

Jesus, in his lament over the city, identifies Jerusalem as “the city that kills the prophets and stones those who are sent to it” (Luke 13:33-34; 20:9-18). Jesus, the Great Prophet, would soon suffer and die outside of her walls like all those who had come before and prefigured him. As he approaches and sees the city, amidst shouts of praise and acclamation from his many disciples, Jesus weeps over Jerusalem and pronounces its impending judgment and destruction (Luke 19:41-44). Why? Because the city of God had failed to recognize its visitation by the Son of God. The city that was anxiously awaiting her promised Messiah—David’s greater son and anointed king—did not receive him.

He then proceeds to cleanse the temple (19:45-46) and later foretells of the destruction of the temple and Jerusalem again (Luke 21:5-6, 20-24). This tragic portrayal of Jerusalem is made complete when Jesus, the very salvation of God (2:30) and redemption of Jerusalem (2:38), is condemned by his own and handed over to be crucified. God’s very own people, hardened by unbelief, were blind to the fulfillment of God’s promises right in their midst. As as result, the temple was destroyed in 70 AD.

The City that Received His Mercy

Yet Luke’s Gospel does not conclude with a totally negative portrait of Jerusalem. It is presented in his final chapter as somewhat of a city of new beginnings. Not only do the resurrection appearances happen in and around the city, but Jesus declares to his disciples that the good news of “repentance for the forgiveness of sins would be proclaimed in his name to all nations, beginning from Jerusalem” (Luke 24:47)! And just as Zechariah, Simeon, and Ann blessed God in the temple at the beginning of Luke’s Gospel, he concludes with a description of the disciples returning to Jerusalem “with great joy” and being “continually in the temple blessing God” (Luke 24:52-53).

This then sets the stage for the book of Acts. Just as Jesus and the Scriptures had foretold, the gospel was first proclaimed in all of its glory in Jerusalem, and three thousand souls were added to the church (Acts 2:37-41). This number only continued to grow as the word was preached and the Spirit received (Acts 4:4; 6:7).  And as the church was scattered by persecution and began to send missionaries, the gospel spread like wildfire from Jerusalem unto the ends of the earth (Acts 1:8; 28:30-31). No longer was Jerusalem the dwelling place of God’s presence on the earth. Christ, by his Spirit, was present with his church throughout the world. The hour had come when God would no longer be worshiped in the temple in Jerusalem, but in spirit and truth among the nations (John 4:21-24)!

The Danger of Presumption

This portrait of Jerusalem serves as a warning against the subtle but serious sin of presumption. Paul writes extensively on this in Romans 2:1-11, 17-29, and 11:17-24. The self-righteous Jews and hypocritical temple leadership presumed that just because they were Abraham’s physical offspring, they were in God’s good graces (John 8:39). They had their religious traditions, their temple, and Jerusalem—”the city of our God”. They presumed upon the riches of God’s kindness and forbearance and patience, not knowing that his kindness was meant to lead them to repentance (Rom. 2:4). Their “hard and impenitent hearts” led them to neglect the weightier matters of the law, to boast in their own righteousness, to base their worship upon trite ritual rather than true repentance, and even to reject their very own Messiah. As a result, they incurred the judgment of God (Rom. 2:5)

Paul, speaking to Gentiles now able to be included in the people of God, uses the metaphor of an olive tree in Romans 11 to make his point clear: “So do not become proud, but fear. For if God did not spare the natural branches [that is, Israel], neither will he spare you. Note then the kindness and the severity of God: severity toward those who have fallen, but God’s kindness to you, provided you continue in his kindness. Otherwise you too will be cut off” (Rom. 11:20-22). All, both Jews and Gentiles, can be guilty of this sin of presumption and pride. And yet all, both Jew and Gentile, can truly be recipients of God’s mercy and kindness through faith in the Lord Jesus Christ, who is the mercy of God (Titus 3:4-8)

Saving Faith and the Sin of Presumption

So how do we not become proud? The answer is to remember that there is a world of difference between saving faith and presumption.  Presumption takes God’s kindness for granted and blinds us to our need for daily repentance; it hardens our hearts to the mercy, grace, and holiness of God, leading us to hypocrisy. As a result, we become the person who goes on sinning so that grace may abound (Rom 6:1, 15). However, such an attitude proves that one has not truly encountered the life-changing grace of God. In fact, John writes that those who make such a continual practice of sinning are of the devil (1 John 3:1-10)! It is to these unregenerate people that Scripture issues serious warnings (Matt 7:21; Heb 6:1-6; 10:26-27).

True saving faith, on the other hand, causes believers to boast in the work of Christ and continue in his kindness. Those who have received the gift of faith wholly trust in the kindness of God and his preserving grace. This gift of faith is a persevering faith; it leads us to renounce ungodliness, live in joyful obedience to our Lord, and to confess our sins daily (1 John 1:9). When those indwelt by the Spirit of God sin, they neither flee to presumption on the one hand, nor utter despair on the other. Rather, they remember that they “have an advocate with the Father, Jesus Christ the righteous,” and flee to his throne of grace (1 John 2:1; Heb. 4:14-16)!

As we behold the riches of God’s mercy in Christ Jesus, may we cling to him by faith, abide in his love, and continue in his kindness.

*Photo: Jerusalem from the Mount of Olives, Sunrise by Edward Lear.