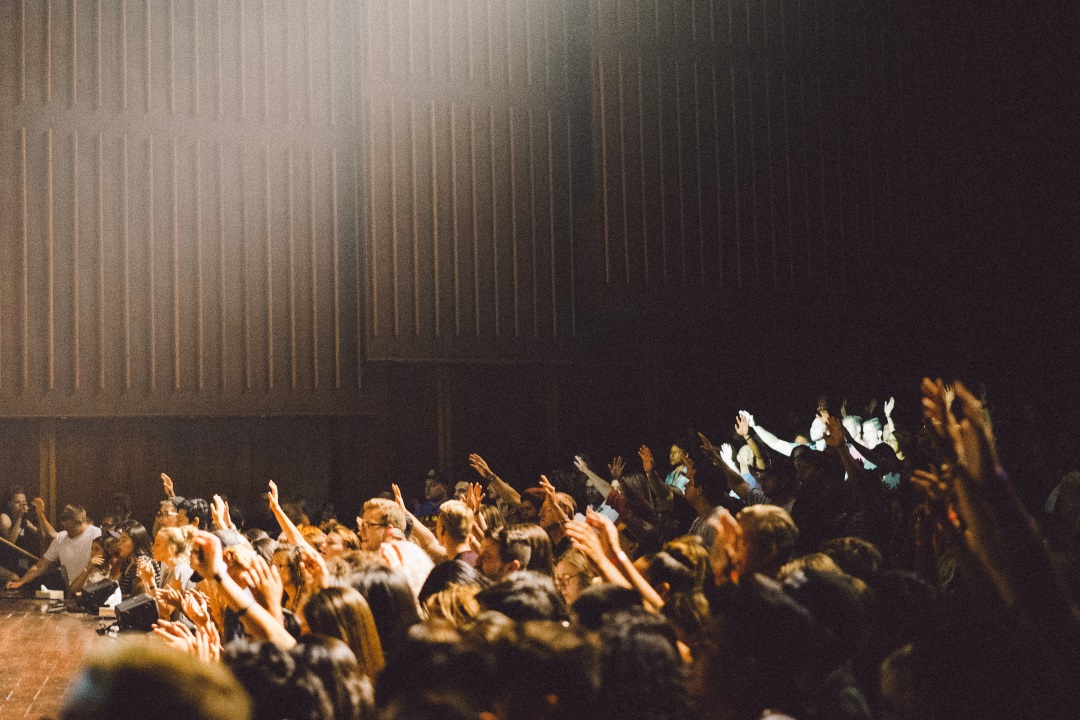 David Martyn Lloyd-Jones (1899-1981) was a Welsh Protestant minister, preacher, and medical doctor who pastored at Westminster Chapel in London for almost 30 years. Considered by many to be one of the greatest preachers of the twentieth century, Lloyd-Jones was devoted to fervent prayer and faithful ministry of the word. His passion for Spirit-empowered preaching, which he defined as “logic on fire,” made a profound and lasting impact on the church on both sides of the Atlantic.

Preaching and Calling for Decisions

In 1969, he delivered a series of lectures on the essence of powerful preaching to the students of Westminster Theological Seminary. These essays were later compiled and published as the book Preaching & Preachers, which has become a definitive text on biblical exposition. One of the many topics he addresses is that of “altar calls”: the issue of whether or not a gospel minister should call for decisions at the conclusion of his sermon by inviting people to come forward to be saved.

Personally, Lloyd-Jones did not subscribe to this practice and offered several compelling reasons why preachers should likewise avoid such invitations. But he also makes an important and charitable point regarding his position: “I am in no way querying the motives or the sincerity of those who use this method, or the fact that there have been genuine converts” (Preaching & Preachers, 295). God has surely used altar calls or other forms of invitations as a means of conversion for many, yet that does not mean that the practice is biblically sound.

While much more could be said about the history and the confusion that results from altar calls, below is simply a summary of the arguments against the practice which Lloyd-Jones gives in his lecture. Whether his reasons are compelling to you or not, you decide.

The Argument from History

Far from being a New Testament practice or a pattern throughout the entire history of the church, altar calls only came into the life of the church during the nineteenth century. In particular, the focus on calling for decisions was a result of the ministry of Charles G. Finney (1792-1875). As the father of American revivalism, Finney promoted several “new measures” in an attempt to produce spiritual conversions at his evangelistic meetings. One of these strategies was the so-called ‘anxious bench’ where people were invited to make decisions on the spot, and served as a precursor to the altar calls of today.

However, if one examines the teaching of Charles Finney, it becomes clear that his theology was radically different from the evangelical faith. Lloyd-Jones explains that “it is not an accident that it came in with Finney, because ultimately this is a matter of theology” (285). If the goal is to preach Christ in the power of the Spirit, then the results are left up to God. But if the goal is conversion—a result that only God can bring about— then ends will justify the means. Lloyd-Jones also adds that, at the same time, “we must never forget that an Arminian like John Wesley and others did not use this method” (285).

Calling for decisions at the conclusion of a sermon applies direct pressure to the will of the hearer. However, Lloyd-Jones argues that it is dangerous, even wrong, to address the will in this manner.  Such an approach can produce results, but those results “may have no real relationship to the Truth” (288). His reasoning comes from Paul’s words to the Romans: “But thanks be to God, that you who were once slaves of sin have become obedient from the heart to the standard of teaching to which you were committed” (Rom. 6:17). Notice the order: their choice to obey came from the heart, and the heart had been moved by the truth of the gospel which they had first been taught.

Lloyd-Jones explains that the will is to be approached through the mind and then the affections. “As the mind grasps [the Truth], and understands it, the affections are kindled and moved, and so in turn the will is persuaded and obedience is the outcome. In other words, the obedience is not the result of direct pressure on the will, it is the result of an enlightened mind and a softened heart” (286). Yes, we want sinners to obey the gospel and choose to follow Jesus, but the preacher must be first concerned with proclaiming the word of Christ and praying that his hearers may “come to the knowledge of the truth” (1 Tim. 2:4; see also Rom. 10:17).

In reality, pressuring the will “may produce a condition in which what has determined the response of the man who ‘comes forward’ is not so much the Truth itself as, perhaps, the personality of the evangelist, or some vague general fear, or some other kind of psychological influence” (286-87). A person might choose to come forward to escape the torments of hell or to receive promised blessing from God—but you don’t have to be born again to want blessings or escape from suffering. (A similar argument can be made regarding applying pressure to the emotions, especially through the use of music. Have you ever heard of an altar call without music playing in the background?)

Related to this idea of focusing on the will, Lloyd-Jones explains that this method “carries in it the implication that sinners have an inherent power of decision and of self-conversion” (289). An unbeliever can be led to think that if they answer the invitation to raise their hand, walk the aisle, and say a prayer, then they will be saved. The danger with this thinking is that coming forward to an ‘altar’ is not always indicative of true repentance toward God and faith in the Lord Jesus. “This method tends to produce a superficial conviction of sin, if any at all” (289). It can lead a person to believe that conversion is the work of man rather than the work of God.

While salvation is a free gift of God’s grace, available to all who repent and believe the gospel, sinners will never obey the gospel unless the Holy Spirit first does the work of regeneration (more on this below). The Apostle Paul makes this abundantly clear: “The natural person does not accept the things of the Spirit of God, for they are folly to him, and he is not able to understand them because they are spiritually discerned” (1 Cor. 2:14). Unless God makes us alive together with Christ by grace his grace, we will remain spiritually dead in our trespasses and sins; salvation is the gift of God, “not a result of works, so that no one may boast” (Eph. 2:1-10).

Again, God may very well use a sermon to convict people of their sin and grant them the gift of repentance and faith so that, when a call is given, they respond wholeheartedly. But the bottom line is that God alone gives the growth; God alone gives life to the dead and calls nonexistent faith into existence (Rom. 4:17). To insist that an altar call is necessary for people to “make a decision for Christ”—that a sinner simply needs to be given a chance to choose and respond to an invitation in order to be saved—is an unbiblical notion.

The Work of the Holy Spirit

This leads Lloyd-Jones to emphasize what he considers the most serious issue: a misunderstanding of the doctrine of regeneration. “This work is the work of the Holy Spirit, and His work alone, no one else can do it. The true work of conviction of sin, and regeneration, and the giving of the gift of faith and new life is solely the work of the Holy Spirit. And as it is His work it is always a thorough work; and it is always a work that will show itself” (291). As an illustration of this, Lloyd-Jones refers to Peter’s sermon in Acts 2, and how his hearers cried out under conviction, “Brothers, what shall we do?” (Acts 2:37). They didn’t wait for an invitation to respond, and no music was needed to set the mood; the Spirit did the work.

Paul again explains this in unmistakable terms: “It depends not on human will or exertion, but on God, who has mercy” (Rom. 9:16). Those who receive Christ and believe in his name are those who are have been born “not of blood nor of the will of the flesh nor of the will of man, but of God” (John 1:12-13). In short, regeneration precedes faith. Even Jesus himself said that a sinner is unable to come to him unless the Father draws him (John 6:44)!

Advocates of altar calls insist that such invitations allow room for the Holy Spirit to work. But Scripture is abundantly clear the Holy Spirit of God works through the word of God! This isn’t to say that a preacher doesn’t need to instruct his hearers on what repentance looks like, or how to begin living life as a disciple of Jesus; even Peter told his hearers to repent and be baptized! (In fact, baptism—not responding to an altar call—is the biblical way we are to publicly identify ourselves with the church of Christ.) This also doesn’t mean that a pastor doesn’t need to be available after a sermon to speak and pray with those under conviction. But the work of conviction and regeneration is the work of the Holy Spirit, and far be it from us to use means that imply we can manipulate the Holy Spirit and his work.

What Then Shall We Do?

Ministers of the gospel must boldly proclaim the words of our Lord to a lost and dying world: “Come to me, all who labor and are heavy laden, and I will give you rest” (Matt. 11:28)! “Whoever believes in me, though he die, yet shall he live” (John 11:25)! Yet preaching the word and calling for decisions should not be separatedin our thinking. A separate altar call is not necessary for the Spirit to do his work. “The appeal is a part of the message; it should be so inevitably. The sermon should lead men to see that this is the only thing to do” (296).

As the truth of the gospel is declared, as we prayerful preach the word in full reliance upon the sovereign power of the Spirit, the hearts of our hearers will either be hardened or softened. The word of God will be either the aroma of death or the aroma of life (2 Cor. 2:14-17). Our concern should not be with decisions or immediate visible results, but the Spirit’s work of regeneration and his fruit of repentance, faith, and love towards God and the brothers. In sum, as Lloyd-Jones reminds us, “We must learn to trust the Spirit and to rely upon His infallible work” (296).