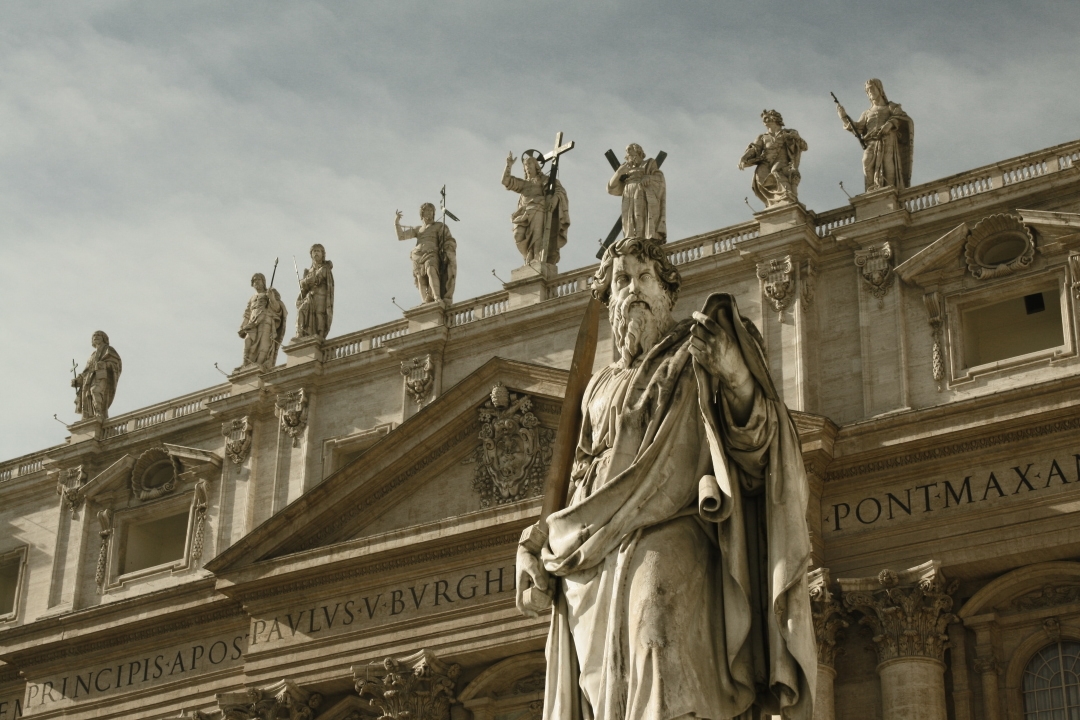 In Acts 19 we read about Paul’s ministry in the city of Ephesus and how the preaching gospel was not only bearing fruit (19:1-20) but also threatening the livelihood of many who made money from the worship of Artemis (19:21-41). Paul and those who belonged to “the Way” were threatening everything these men held dear: their wealth and success, their goddess and their temple, and their pride in their great city, and they were all so enraged that they started a riot.

In the end, the risen Lord Jesus continued to build and protect his church, calming the chaos of the crowds just like he did the raging seas. The rioters stopped out of a fear of being squashed by Rome and the church was once again vindicated and was innocent. But what does all of this mean for us today?

How did the Christians make such a noticeable and massive impact on the city that these men felt their way of life was being threatened? How did seek to abolish idolatry? It was simple: they faithfully proclaimed the gospel of King Jesus. As a result of the word of the Lord prevailing mightily, lives were being changed by his grace and idolatry was on the decline in a city that was world-renowned for it. There were Ephesians who didn’t look or act like normal, magic-practicing, Artemis-worshiping Ephesians.

But don’t miss this: It was not through marches or protests, force or violence, public policy or political involvement, complaining or slandering or insulting, but simply preaching Christ and portraying Christ! In fact, the town clerk himself admits in v.37: “You have brought these men here who are neither sacrilegious nor blasphemers of our goddess.” This means that the Christians were not insulting Artemis worshipers, mocking them or their religion, or seeking to desecrate their temple. Paul was solely dedicated to boldly, lovingly, and persuasively preaching the gospel of Jesus.

As was his custom, he announced to the Ephesians that the God who made the world and everything in it is the one, true, and living God. He does not live in temples made by human hands and has all life in himself. Yet despite our sinful rebellion against this God—expressed in all manner of pride, idolatry, and immorality—he himself came into this world in the person of his Son, Jesus. He took on flesh to live among us, to suffer like us, and ultimately to die for us, as a sacrifice for our sin. But God raised him from the dead, proving to all the world that he truly is the Son of God, the King of the universe, and the Savior of the world. And as Paul preached this gospel, many came to repent of their sins and turn to the risen Lord Jesus in faith. Their eyes had been opened to behold the beauty of King Jesus—his excellencies, his supremacy, his glory.

By grace, many Ephesians found in Jesus a majesty greater than that of Artemis (Acts 19:27). It was the very majesty of the true and living God! In fact, the word ‘magnificence’ here is only used in two other places in Scripture: of God’s majesty in Luke 9:43 and of Christ’s majesty in 2 Peter 1:16! As a result, the gospel was bearing fruit in the lives of all who believed. They had been filled with the Spirit of Jesus and were being transformed into his image daily. They had begun to live as those who had died to sin, put off their corrupt old selves, and had been raised with Christ to walk in newness of life (cf. Eph. 4:22-24). I love how one pastor describes the church’s impact on the city:

Unbelievers in Ephesus perceived in the Christian community . . . a way of life that was different and a direction that was diametric to that of the majority. It was a different road than most traveled. It revealed a pattern of self-denial and cross-bearing. It was utterly focused on Jesus Christ. . . . And the worldly despised it. . . . As God’s Word had saturated their lives, day after day, [the church] threatened a way of life held dear, a culture thought to define the nature of Ephesus” (Derek Thomas, Acts, Reformed Expository Commentary, 553-554).

Don’t misunderstand me. There is certainly a time and place for political engagement and public policy. We are to seek the welfare of our cities and this very often involves politics. But as Christians, our allegiance is first to Jesus Christ and his kingdom. We are to seek first the kingdom of God and his righteousness. His purposes are to be our greatest priority. This happens as we, in faith, devote ourselves to prayer, to being immersed in Scripture and fluent in the gospel, and to spiritual formation through Christian worship and fellowship.

This also means, very practically that if for the past few months you have spent more time consuming news or media than God’s Word; if you know more political facts than sound doctrine; if you spend more time persuading people to vote a certain way instead of preaching the gospel; if you’re more upset when someone speaks ill of your party or presidential candidate than when someone speaks ill of Christ; if your greatest hope for America is Trump or a court, your priorities are wrong and your allegiances are not properly ordered.

When it comes to God’s will for our lives as Christians living in America, as citizens of heaven living as exiles in this world, it’s simple: Be like Jesus. Follow King Jesus, the way, the truth, and the life. Tell others about his saving reign made evident in your life. Rinse and repeat.

The hope that our loved ones need, the peace that our city needs, the reconciliation that our world needs is found only in Christ alone. He alone is our salvation. He is our strength, and our song. His majesty alone—his manifold perfections—will satisfy our restless hearts. The church impacts the world most effectively through lives changed by the gospel we proclaim. As we live like we belong to this King, and tell others about his grace, not only will hearts be changed, but our communities will too, and our city will be impacted by the gospel.

This is an excerpt from the sermon: A City Impacted by the Gospel. It has been lightly edited and modified for this website.