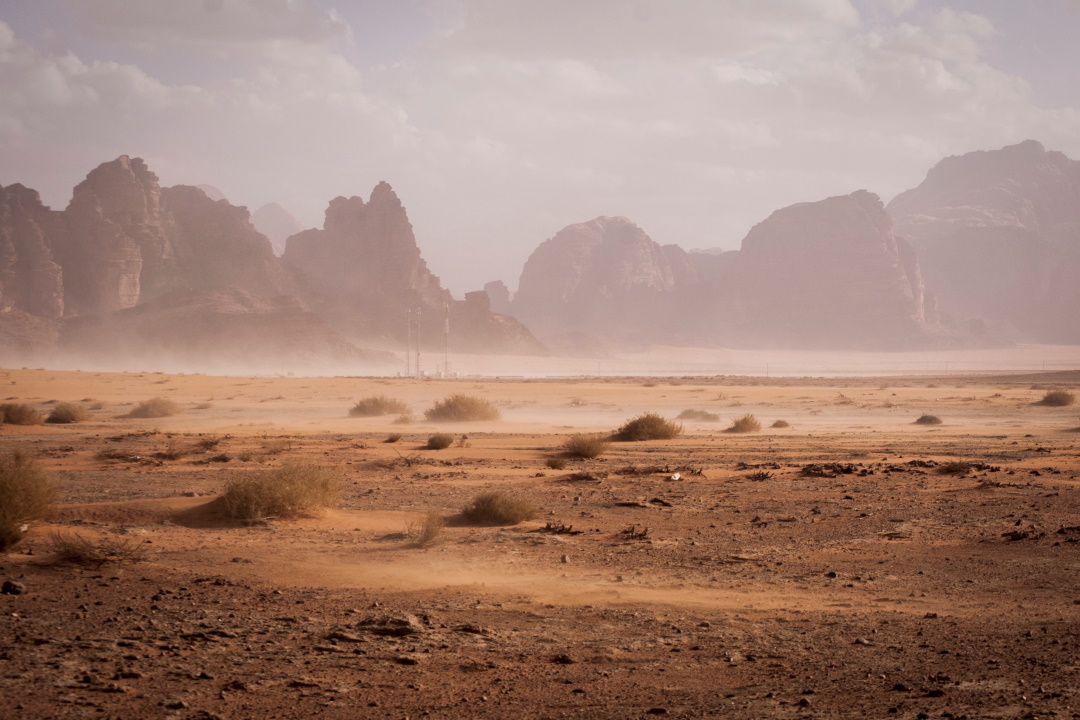 The beginning of Mark’s gospel is rather strange. As we pointed out in our introduction to the Gospel of Mark, Mark writes a fast-paced, action-packed narrative that leaves out things highlighted in the other gospel accounts, things like Jesus’ birth, his appearances after his resurrection, and significant teachings of Jesus, such as the sermon on the Mount. To make it even stranger, in a story written to a predominately Gentile audience that is filled with echoes and allusions to the Old Testament, Mark decides to begin immediately with a direct quotation from the Old Testament.

1The beginning of the gospel of Jesus Christ, the Son of God. 2As it is written in Isaiah the prophet,

“Behold, I send my messenger before your face, who will prepare your way, 3the voice of one crying in the wilderness: ‘Prepare the way of the Lord, make his paths straight’

Mark only mentions Isaiah, but this quotation actually combines three Old Testament passages: Exodus 23:20, Malachi 3:1, and Isaiah 40:3. Each passage is about God sending a messenger to prepare a way, and Mark is quoting them because he understands each of them to find their ultimate fulfillment in John the Baptist and Jesus of Nazareth. Isaiah is singled out because he was the preeminent prophet and his text about the herald in the wilderness preparing the way of the Lord is the central idea of all three passages.

In order to see what Mark is getting at by weaving these verses together, we need to look at each of these passages in their contexts. Mark uses them to bring several themes and hopes to mind.

The first Old Testament passage alluded to in Mark’s opening quotation is Exodus 23:20:

Behold, I send an angel before you to guard you on the way and to bring you to the place that I have prepared.

God tells his people that he would send an angel—which can also be translated messenger—to bring Israel through the wilderness into the Promised Land. Mark alludes to this verse for the idea of Yahweh sending his messenger to prepare a way for Israel, who is called God’s son (Ex. 4:22-23; Hos 11:1). God ensures that Israel’s exodus will be successful, and he will guard them and conquer any wicked nation in their way.

The second and more prominent passage quoted in verse 2 is from Malachi 3:1,

Behold, I send my messenger, and he will prepare the way before me. And the Lord whom you seek will suddenly come to his temple…

Malachi was one of the last prophets who prophesied after Israel returned to the land from their Babylonian exile. He addressed what seemed to be the “failure” of Israel’s return from exile. Isaiah spoke of a new exodus, Ezekiel saw a glorious new temple, Haggai promised prosperity, and Zechariah promised the restoration of Israel. But when Israel returned to their land, they were under the thumb of foreign powers, their land had been devastated by drought and locusts, the wicked prospered, the righteous suffered. So, Malachi said God would return and put the world to right and rescue/restore his people. Yahweh would send a messenger (a new Elijah figure, Mal. 3:4-5) to prepare the way for the Lord himself to suddenly come and visit his people, to judge and purify them. He was sending a messenger because of the people’s faithless condition. In this passage, Malachi himself alludes to the Exodus passage, but gives the passage a twist: he says it’s not the nations who will be judged to prepare the way for the Lord, it’s Israel.

In sum, the basic idea from these two passages alluded to in Mark 1:2 is that God is going to send a messenger to prepare the way of someone. In Exodus, he prepares Israel’s way; in Isaiah, the messenger prepares the way of the Lord. Keep that in mind…

A voice cries: “In the wilderness prepare the way of the Lord; make straight in the desert a highway for our God.”

This verse comes from the opening verses of Isaiah 40-55 where Isaiah prophesies about the restoration, deliverance, and redemption of Israel from their Babylonian exile. There will be a herald who, like Malachi’s messenger, prepares the way for the Lord. And the place he heralds from is the wilderness, the place of new beginnings for God’s people. Isaiah says Israel will not only experience a new exodus and return from exile, but God will come as a Divine Warrior to judge his enemies, rule the world, and bring his people back through a suffering servant. It is in this section of Isaiah that we also learn that the proclamation of God’s return to his people, and his saving rule over the whole world, and the work of the Suffering Servant is called “good news” (Isaiah 40:9; 52:7; 61:1).

John the Baptist and Jesus Christ, the Son of God

As Mark’s gospel begins, we see that Mark understands these ancient prophesies to be fulfilled in John the Baptist, the messenger who appeared in the wilderness (Mark 1:4), and Jesus of Nazareth, who is none other than Israel’s God come in the flesh. What is fascinating about Mark’s use of the Old Testament is that he makes significant and intentional change to these passages to say that God’s messenger will prepare the way of Israel’s Messiah. This table will help us see how these verses are connected and the subtle changes Mark is making:

In Mark 1:2, God tells a third person (aka, the Messiah) that he will send a messenger before him, to prepare his way. But in verse 3, Mark says “prepare the way of the Lord, make his path straight.” Mark is identifying this mysterious third person as simultaneously God himself but also distinct from God. This means that John the Baptist is preparing the way for the Lord, as Malachi and Isaiah said, but the way God comes to his people is in Jesus, the Messiah. In other words, these verses “introduce John as the divinely ordained precursor of Jesus, and Jesus as the manifestation of God”2

What is even more striking is that in Exodus, the messenger is preparing the way for Israel, while in Malachi and Isaiah the messenger prepares the way for the Lord himself. Rather than being a contradiction, Mark is showing us that both of these prophecies are fulfilled in Jesus Christ, who is the eternal Son of God (Mark 1:1)!

Mark uses these three Old Testament passages at the outset of his gospel to set up the themes of his entire gospel: the good news of God’s saving rule, the coming of a Messiah, a new exodus, the end of exile, God returning to his people, Israel restored and purified. This quotation is Mark’s way of telling us that the time of the Messiah and the fulfillment of God’s eschatological promises to his people had arrived with Jesus:

Now after John was arrested, Jesus came into Galilee, proclaiming the gospel of God, and saying, “The time is fulfilled, and the kingdom of God is at hand; repent and believe in the gospel” (Mark 1:14-15)

While Mark’s gospel is filled with echoes of and allusions to the Old Testament, it is significant that he begins by directly quoting several passages from the Old Testament. If we unhitch ourselves from the story of Israel and Israel’s God, we won’t understand who Jesus is and all that he came to do. If we want to understand the gospel of Jesus rightly and fully, this is where we must begin.