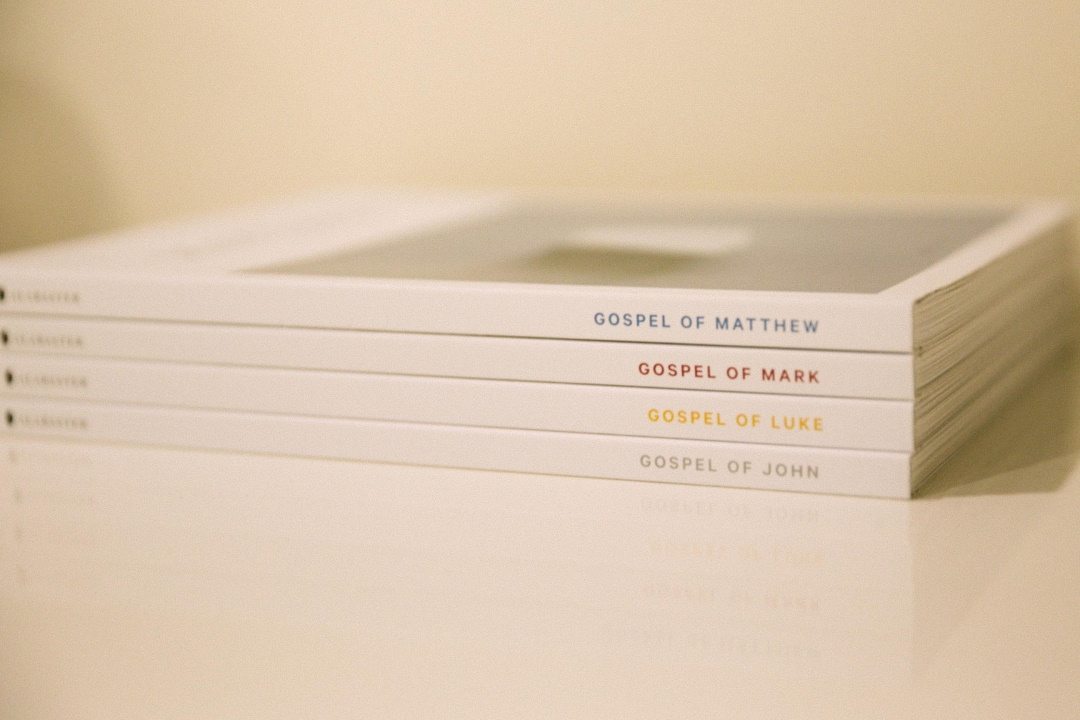 Over the past few years in Line by Line we have worked our way through Philippians, Colossians, 1-2 Thessalonians, and the book of Revelation. The next book we will be tackling on Sunday mornings is the Gospel of Mark. But before we begin our study, we need to understand what the Gospels are, what they emphasize, and several of their unique features.

Emphases of the Gospels

The Gospels are carefully designed theological biographies of Jesus. They are based on the eyewitness testimony of the apostles but are not merely historical records. They have two goals: First, to faithfully tell how the crucified and risen Jesus of Nazareth is the Messiah of Israel and the Lord of the world (Mark 1:1); and second, to persuade the reader to acknowledge Jesus as Lord and become his disciple (Mark 1:14-15; John 20:31).

While each Gospel account is unique in how it is crafted, there are four common emphases in each gospel, which N.T. Wright helpfully points out in his book, How God Became King.

First, the story of Jesus is the climax to the story of Israel; he carries their story forward and completes it. This is evident from how each of the gospels begins:

Second, the story of Jesus is the story of Israel’s God. The book of Ezekiel ends with God’s glory gone from the Temple and the land, and the people exiled. By the end of the Old Testament story, Israel has returned to the land, but God’s glory isn’t there, so they’re waiting for the time when God’s glory would return and make Israel great again. But the Gospel writers show us that God has returned to his people and His glory has returned, in the person of Jesus Christ! And when God comes to his people in Jesus, he embodies the vision of Israel’s covenant God—a God of mercy who is gracious, full of compassion, and self-giving.

Third, the story of the launching of God’s renewed people. After returning to his people, he renews them by forgiving their sins and re-establishing his kingdom among them. God’s people, his church, is a renewed humanity. Through Jesus, God was beginning the new phase of his world-renewing project. God’s kingdom is established through humbled, forgiven sinners who are one people, one flock of Jew and Gentile.

Features of the Gospels

In each Gospel you will find references to the Old Testament on every page. There are both direct quotations of the OT and also indirect echoes or allusions to the OT. For example, Matthew presents Jesus’ healing ministry (Matt. 8:14- 16) as a direct fulfillment of Isaiah’s description of the suffering servant (Isa. 53:4), while Mark 1:9-11 blends together phrases from three OT texts to show that Jesus is the Father’s beloved Son (Gen 22:2), the messianic servant king, and the seed of Abraham with whom the Father is well-pleased (Isa. 42:1 & Ps. 2:7). There are also narrative parallels. For example, Matthew presents Jesus as a new and greater Moses by designing his story to match the basic outline of Moses’s career.

Second, there are claims about Jesus’ identity as Israel’s Messiah and God. The Gospel authors sometimes make explicit claims about Jesus’ identity (Mark 1:1), but more often they use indirect means, such as narratives about Jesus performing signs and wonders. When Jesus heals and forgives sins, the people ask “Who can forgive sins but God alone?” (Mark 2:12, 20). And in Mark 4:35-41, when Jesus calls the storm, the disciples ask, “Who is this?” (Ps. 65:7; 89:9; 107:28-29).

Third, each Gospel is arranged differently to emphasize unique aspects of who Jesus is. For example, Matthew, writing to Jews, depicts Jesus as a new Moses who fulfills the promises of the Scriptures; Luke highlights how Jesus brings the Gospel to the nations, emphasizing the Gentiles, the poor, widows, and women in general; John introduces Jesus as Israel’s God become human.

And fourth, but certainly not least, the crucifixion and resurrection are the climax of the story. All four Gospels present Jesus’ crucifixion and resurrection as the climax of Jesus’ life and the entire Bible. Jesus was not just a good teacher, he not only came to fulfill the law, but he came to die as a ransom for many, to deliver us from the power of sin and death, to pay the price for our sin

The Gospel of Mark

The Gospel according to Mark is quite possibly the oldest written account of the life of Jesus. Internal evidence makes a very early date possible (ad 35–50), but a more plausible date is 50–64 due to external evidence.1 The historical view of the early church is that the author is John Mark, mentioned in Acts 12 and 15, and mentioned as Mark in Acts 15:39; Col. 4:10; 2 Tim. 4:11; Philemon 24; 1 Pet. 5:13. Tradition holds that he wrote the Gospel in Rome, largely on the basis of Peter’s preaching and eyewitness accounts. Papias (c. 60–130), a Bishop of Hierapolis, tells us that Mark was Peter’s interpreter.

Mark’s gospel emphasizes the mystery and misunderstanding caused by Jesus’ announcement of the Kingdom of God. He shows Jesus as the unexpected Messiah and highlights the paradox of how the exalted Messiah can only be recognized in the humiliated, crucified Jesus. Mark rarely points explicitly to the connections between his story about Jesus and Israel’s Scripture. “Readers are left to make the connections for themselves.”3

The style of Mark’ gospel is unique. “Compared with Matthew and Luke, who report lengthy sections of Jesus’ teaching, and compared with John, who provides more substantial and explicit theological interpretation, Mark wrote a vivid, action-packed narrative.”2 One way he does this is by using the word “immediately” over 35 times.

Mark’s Gospel has an abrupt beginning and ending: the birth of Jesus and his appearances after the resurrection are not included. But this is likely intentional; it forces the reader to wrestle with this mysterious, surprising, and scandalous claim. Although Mark doesn’t give us a detailed introduction to his story, Richard Hayes writes:

His account presupposes that Israel has reached a moment of crisis. When the curtain rises on Mark’s drama, we find Israel still in exile—at least metaphorically—still under the thumb of Gentile powers. Despite God’s past favor, the people are now in a state of powerlessness, confusion, and need; they are ‘like sheep without a shepherd (Mk. 6:34). There is an ill-formed but widespread hope for God to send a Messiah, who will restore the kingdom of David and put an end to Israel’s suffering.4

And right from the start, Mark tells us that Israel’s moment of crisis and their widespread hope for deliverance is answered in Jesus of Nazareth.

The Structure of the Gospel of Mark

There are two common ways to outline the Gospel of Mark. One is geographical progression of Jesus’ ministry from Galilee to Jerusalem.

The other splits the book in half and highlights the authority of the Messiah (1-8) and the suffering of the Messiah (9-16). If we want to combine the geographical and theological, we could put it like this:

Four Keys to Reading the Gospels

Since this article is already full of lists, here’s one more to help give you the keys to reading the Gospels well: