The Armor of God: Strength for Spiritual Battles 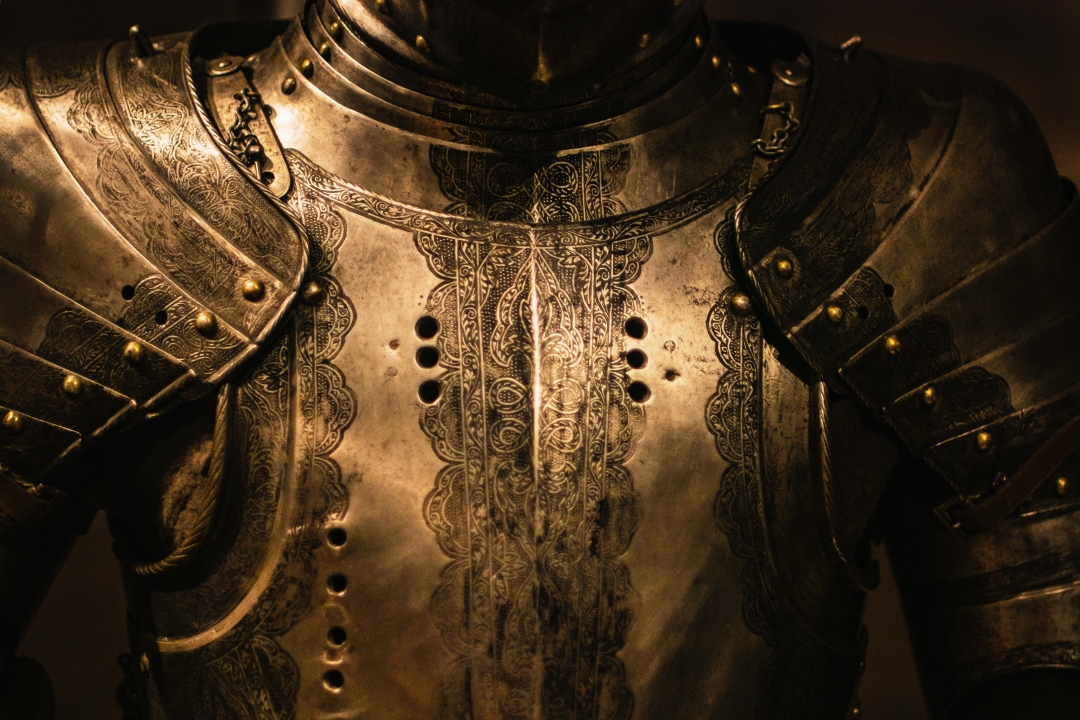 From chapter four on, Paul has exhorted the church, in light of the doctrine of chapters 1-3, to walk in a manner worthy of the calling to which we have been called (Eph. 4:1), to be imitators of God (Eph. 5:1), to walk as children of light (Eph. 5:8). Now, as Paul concludes the entire letter, the church is called to persevere and to stand firm against all spiritual opposition, relying on the Lord’s strength and wearing the armor of God, as we wait for our blessed hope, the appearing of our great God and Savior, Jesus Christ.

The Strength of His Might and the Armor of God

Paul begins by telling the church to “be strong in the Lord and in the power of his might” (Eph. 6:10). This means that, as Christians, we must acknowledge our utter dependence on God and to rely solely, prayerfully, and continually on his power for everything in life. This power that comes from and belongs to the Lord has been a theme throughout Paul’s letter:

Then in verse 11, Paul expands on this command and explains how we grow strong in the Lord, which is by putting on the whole armor of God. These commands are closely related and both convey the idea that we must, by faith, rely on the gifts and graces that God has supplied us in Christ. It’s another way of telling us to trust, wait for, and put our hope in the Lord.

Usually when we come to this passage, we’re led to think Paul was primarily picturing a roman soldier. But there’s more going on here. This is the armor of God, that belongs to God, that he himself wears. In fact, in the Old Testament, God himself is pictured as a divine warrior, dressed in armor, coming to save and deliver his people.

Friends, that is exactly what our God did for us in Christ! Now that our salvation has been won by the risen Lord Jesus, the church is now equipped in this same armor in this present age. This means that, as God’s redeemed children, we have every tool we need for the job. Everything we need for life, godliness, and spiritual warfare has been supplied to us through Jesus, and is the very power of God himself. This armor is ours by grace through faith.

Our Need for Strength and Armor

But why do we need his strength and the armor of God? Because Paul tells us we face the schemes of the devil (v.11) and we wrestle, not with flesh and blood, but the spiritual forces arrayed against the church:

Now there are several ways we are tempted to handle this topic of spiritual warfare. We can approach this subject with fear, thinking the devil is behind every bush, or with curiosity and speculation about the details, or with indifference. But none of these options will do.

For those who speculate about these forces, Paul is not interested in satisfying our curiosity and doesn’t give us many details. He simply wants us to understand the reality of these forces that are at work in the world. For those who are indifferent, Paul reminds us our enemy is a real threat and that the Christian life is a battle. For those who fear, Paul would have us remember that Christ has been exalted above all these powers, and that they’ve been defeated at the cross. God disarmed the rulers and authorities and put them to open shame by triumphing over them in Christ (Col. 2:15)

While our opponents can’t defeat us with strength, they can use deception, false teaching, and temptation to lead us to doubt, disbelief, and despair. The schemes of the devil come subtly and can deceive or distract. He uses our trials and tragedies to tempt us to doubt God’s word, or to simply not care and waste our lives being distracted with other trivial things. This is why Paul repeats the command in v. 13, saying “Therefore,” meaning, because of this spiritual opposition, take up the whole armor of God

The Command to Stand and the Promise of Victory

But notice the promise given in these verses: as we put on the armor of God, as rely upon his strength, we will be able to stand against the schemes of the devil (Eph. 6:11) and withstand in the evil day. (Eph. 6:13). Equipped with the armor of God and his strength, we not only have all the tools we need for the job, but we are guaranteed success. We are able to persevere through the fiercest storms & struggles of life, and stand firm when Satan tempts us with guild & despair.

Now, what is striking about Paul’s command here is that we aren’t called to attack but to stand firm. In fact, within a few verses Paul repeats this call to stand firm 4 times! Yes, in one sense we are called to advance the kingdom of God, to spread the news of what God has done in Christ, but we now stand firm and resist the enemy knowing that, as Jesus himself tells us in John 16:33 that he has overcome the world.

Paul reminds us that we aren’t called to win the battle because the battle has already been won. We are called to live accordingly and to stand firm with the knowledge that we are victorious in Christ

Are We Properly Dressed?

When it comes to spiritual warfare, this passage doesn’t suggest we may or may not face these forces; the question is, will we be prepared and properly dressed to stand firm? Our problem is, however, that we are tempted to rely on our own skills, strength, wisdom, or to find strength and security in anyone and anything but God.

But the good news is, the strength we need for the Christian life isn’t something we have to conjure up for ourselves, but it’s strength that that the Lord freely has given us in Christ Jesus by grace through faith. The armor God gives us to protect us against Satan’s attacks is the armor that Christ already wore in the decisive battle on our behalf. In other words, we now fight and stand firm against our spiritual enemy relying upon the strength that comes from the victory that Christ has already won for us.

So yes, let’s remember that our enemy is real, we don’t wrestle against earthly but spiritual powers, we must stay on guard against the schemes of the devil. But most importantly, may we remember, and fix our eyes on the abundant provisions God has graciously made for us in Christ, which enable us to withstand and prevail against whatever the enemy throws at us.