The Book of Revelation: An Introduction 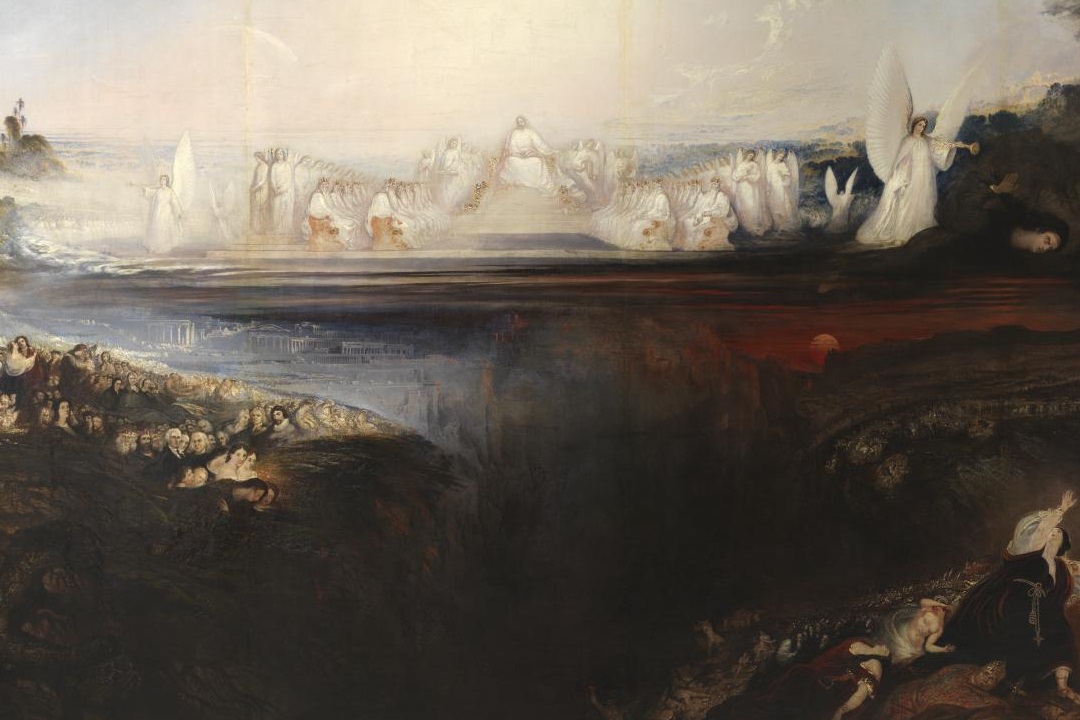 The book of Revelation is one of the most fascinating and remarkable pieces of literature ever written. The impact this book has had on human history and culture is hard to calculate. It has inspired countless paintings, music, architecture, Hollywood blockbusters, and literature. For Christians, it is the climax of all biblical prophecy and the capstone of the Christian canon.

Lord willing, we will be working through the book of Revelation in our Line by Line class, Sunday mornings at 9:30am. In order to do so, an introduction to and overview of the book is in order.

There are two errors that can be made when approaching the book of Revelation that are all too common today. First, there is the danger of neglecting it. Many Christians don’t know what to do with its strange imagery and often avoid it altogether. Rather than serving as a source of encouragement, it is written off as confusing and/or terrifying. Fictitious movies about the end times have unintentionally driven many Christians away from a source of much needed encouragement.

On the other hand, when it is studied, Christians can easily become obsessed with it. We can get so focused on end time predictions that we consider Revelation only as a guide for what is to come (more on this below). However, this obsessive and narrow fixation can cause us to miss the profound encouragement that the book provides for Christian life and discipleship in the present age. Brian Tabb puts it this way:

Revelation is not a riddle to be decoded by experts or marginalized by those in the pews. It is a book—indeed the final book—of Christian Scripture meant to decode our reality, capture our imaginations and master our lives with the word of God and the testimony of Jesus. (All Things New, 2)

God has not given this book to confuse, mystify, or terrify us. Like all Scripture, Revelation is God-breathed and profitable (2 Tim 3:15); it was written for our instruction and encouragement, that we might have hope (cf. Rom 15:4). We do not have the option to ignore it. As Spirit-filled believers, Revelation is within our grasp and we must must engage with it humbly and responsibly. In fact, those who read and keep the words of the book are considered blessed (Rev 1:3; 22:7)!

The Purpose of Revelation

John wrote to churches facing persecution and the temptation to compromise to social, political, and religious pressures. The goal of Revelation is to encourage and exhort believers of all ages to persevere and trust God, knowing that his purposes are being fulfilled even in the midst of suffering and Satanic opposition. Brian Tabb writes that,

Revelation’s symbolic visions challenge readers to resist worldly compromise, spiritual complacency and false teaching. They encourage embattled believers to persevere in faithful witness and hope in the present and future reign of God and the Lamb. The visions offer a divine perspective on what is true, valuable, and lasting. They expose the true nature of the world’s ungodly political, cultural, economic, and religious system destined for destruction, and they reorient believers’ world views and values around God’s eternal kingdom (All Things New, 8, emphasis original).

One of the most prominent, fascinating, and intimidating features of Revelation is its pervasive use of imagery and symbolic language. There are strange creatures, dragons, beasts with multiple heads and horns, mysterious women, swords coming out of mouths, stars, scrolls, lamp stands, trees, plagues, cryptic numbers, and so much more. All these symbols don’t just make for good reading. Rather, they are vital to understanding the message of the book.

Unfortunately, many readers attempt to interpret these symbols through current events, adopting an approach that can be called “newspaper eschatology.” The problem with this strategy, however, is that their interpretation constantly changes to fit the most recent news. This has led to scorpions being interpreted as helicopters (Rev 9:1-7), historical events being predicted, from the Cold War to the Gulf War, and countless individuals—the pope, Hitler, JFK, Saddam Hussein, Barack Obama—being identified as the Antichrist. And when these predictions don’t pan out, they get replaced by the latest events and politicians.

The Old Testament is Key

Our failure to understand Revelation largely stems from our own unfamiliarity with the Old Testament. If our reading of Revelation is not anchored in the Old Testament, we will quickly find ourselves in the company of the countless YouTube prophets predicting the end of the world and the Antichrist, using the newspaper as our guide.

Here are some of the many themes we will be exploring as we work our way through Revelation.

The doctrine of God: Revelation provides a robust understanding of God from beginning to end. It is one of the most trinitarian books of the Bible (cf. Rev 1:4-5) and is therefore a vital resources for reflecting on God eternally subsisting as three distinct, equal, and divine “persons.”

The suffering of the saints and the call to faithful perseverance: Revelation makes clear that suffering will be a part of the Christian life and the Christians are called to persevere and not compromise. In each of the letters to the seven churches believers are exhorted to “conquer” or “overcome” (2:7, 11, 17, 25–26; 3:5, 12, 21; cf. Rev 13:10). Those who overcome and persevere through suffering will inherit eternal life (Rev 3:5).

The sovereignty of God in human history: Despite the reality of evil, the opposition of Satan, the suffering of the saints, nothing is outside God’s control. Nothing takes God by surprise. He is the the “Alpha and the Omega” and the “beginning and the end” (1:8; 21:6), the one “who is and who was and who is to come” (1:4, 8). One of the greatest encouragements provided from Revelation is knowing that God is absolutely in control and sovereign over all that comes to pass. God’s sovereignty is the pillow on which believers can rest their heads in peaceful sleep each night.

God justice in judgment and the protection of his people: Another encouragement from John’s Revelation is that God is just in his judgment of evil and faithful to protect his people. Those who have been sealed with the mark of God on their foreheads (Rev 7:3; 14:1; 22:4; cf. 3:12; 11:1-2) will be protected from final judgment. Evil will not triumph in the end, but will be dealt with according to God’s righteousness and holiness.

The centrality and deity of Christ: Matthew Emerson writes, “At its heart, Revelation is a story, and its main character is the crucified and risen Lord. Jesus is the object of John’s initial vision; he is the one who moves the action forward through judgment and salvation, and he consummates his work of redemption at the end of the book. Noting Jesus’ prominence in Revelation is not a denial of the prominence of the Trinity; rather, the Son’s incarnation is the means by which the Triune God accomplishes salvation” (Between the Cross and the Throne, 32).

The glory of the new creation: Those who have placed their faith in Christ and who have overcome are promised that they will enjoy the new creation and unending fellowship with the triune God (Rev 21-22). All the themes and prophecies of Scripture regarding Israel, the land, the Temple, Jerusalem, and the new covenant find their fulfillment in the concept of the new creation.

Check out our page of resources on the Book of Revelation for several video series and articles as well as these helpful books: