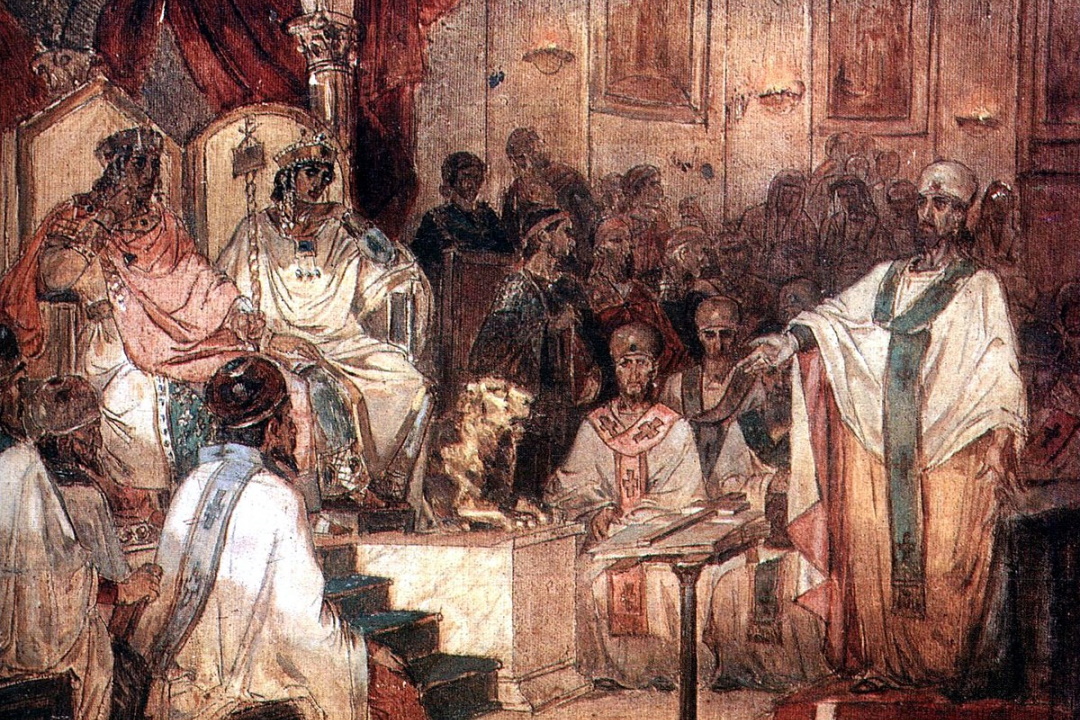 The Chalcedonian Definition, also known as the Chalcedonian Creed, was finalized at the Council of Chalcedon in 451 A.D. While not a complete creed of the Christian faith, this clarifying statement, or definition was adopted by the eastern and western church as a response to several heresies regarding the nature of Christ. It is arguably the clearest statement on the person of our Lord Jesus Christ. The ESV Creeds and Confessions Bible sums it up well:

It confesses who Christ is now: God and man, one person in two natures (hence its language of both natures coming together in one person). Unlike earlier creeds, it does not emphasize the actual event of the incarnation, the person of the Son taking to himself humanity. Famously, it also offers a series of denials about Christ when it teaches that the natures of Christ “undergo no confusion, no change, no division, no separation.” This “negative,” or apophatic, theology reflects a belief among many Greek-speaking Christians that much of what we say about God—perhaps the best of what we say about God—involves saying what he is not.

Following the saintly fathers, we all with one voice teach the confession of one and the same Son, our Lord Jesus Christ: the same perfect in divinity and perfect in humanity, the same truly God and truly man, of a rational soul and a body; consubstantial with the Father as regards his divinity, and the same consubstantial with us as regards his humanity; like us in all respects except for sin; begotten before the ages from the Father as regards his divinity, and in the last days the same for us and for our salvation from Mary, the virgin God-bearer, as regards his humanity; one and the same Christ, Son, Lord, only-begotten, acknowledged in two natures which undergo no confusion, no change, no division, no separation; at no point was the difference between the natures taken away through the union, but rather the property of both natures is preserved and comes together into a single person and a single subsistent being; he is not parted or divided into two persons, but is one and the same only-begotten Son, God, Word, Lord Jesus Christ, just as the prophets taught from the beginning about him, and as the Lord Jesus Christ himself instructed us, and as the creed of the fathers handed it down to us.