The Temple: The Church’s Construction Project 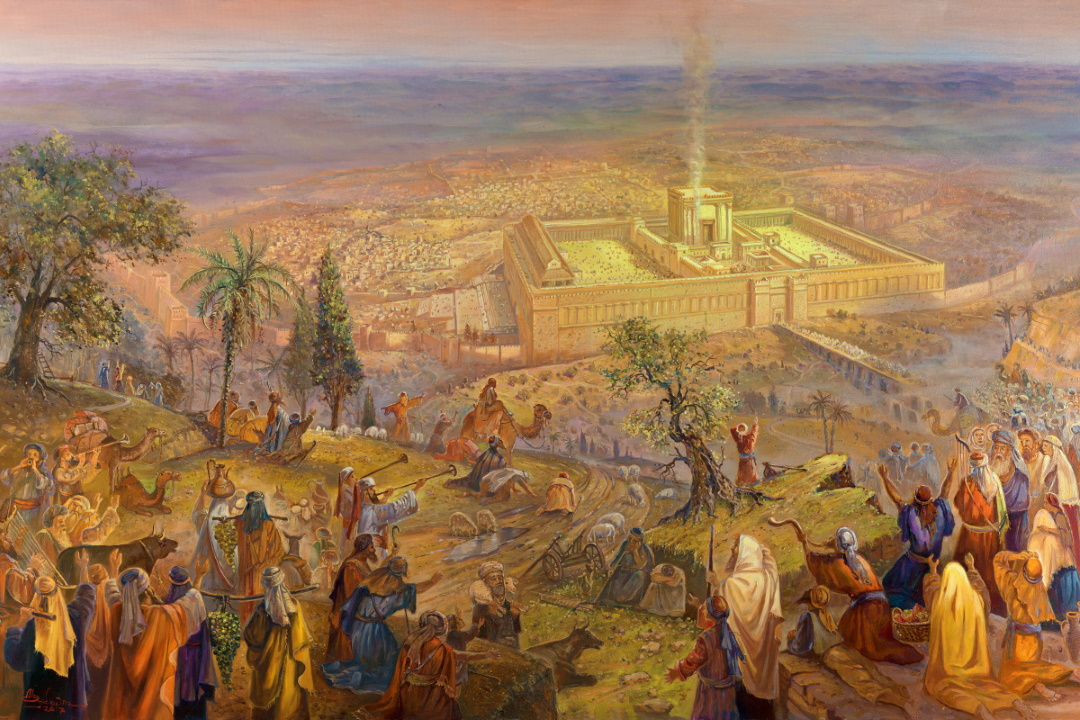 The Old Testament ends with Israel back in their homeland, after the Babylonian exile, with their temple successfully rebuilt, just like the prophets had said. However, this second temple was nothing like the glorious temple in Ezekiel’s vision. They did not experience God’s presence like they did before, they still awaited the arrival of the Messiah, and the glory of the latter house was not greater than the former (cf. Hag 2:9). This is why the prophets spoke of a temple that would be built that would house the glory of God, renew the people, and bring peace to the world (cf. Isa 2:1-5; 60-66; Mic 4; Hag. 2:1-9; Zech. 4; 6:9-15; Ezek 40-48).

The Old Testament: A Story Without an Ending

Interestingly, the organization of the Hebrew Bible emphasizes the fact that Israel’s story does not seem to have a conclusive ending. Whereas our Bibles end with the twelve minor prophets, the Hebrew Scriptures actually end with the book of 1-2 Chronicles, which concludes with Cyrus’ commission to Israel to go and build the temple:

Thus says Cyrus king of Persia, ‘The Lord, the God of heaven, has given me all the kingdoms of the earth, and he has charged me to build him a house at Jerusalem, which is in Judah. Whoever is among you of all his people, may the Lord his God be with him. Let him go up’ (2 Chron 36:23).

While Ezra and Nehemiah recount Israel’s physical return from exile, 1-2 Chronicles seem to suggest that Israel is, as Goswell writes, “theologically in exile, still poised on the eve of the definitive return.”1 In other words, the Hebrew Scriptures end with Israel looking forward to a greater, more ultimate return from exile, a greater temple, and a greater King.

In the New Testament we get the long-awaited ending to Israel’s story, the Hebrew Scriptures, and redemptive history. To briefly demonstrate this we need only to look at the gospel of Matthew.

It has been persuasively demonstrated that Matthew’s portrait of Jesus covers and “replays” the entire Old Testament canon. This means that Matthew’s gospel is intentionally organized to show that Jesus is the true Israel who relives Israel’s history faithfully and brings it to its conclusion.2 For instance, just as Genesis records the generations of heaven and earth (Gen 2:4) and Adam (Gen. 5:1), Matthew’s gospel records the generations of Jesus (Matt. 1:1). Additionally, Jesus is the true Son of God called out of Egypt, tempted in the wilderness (Matt. 2-4); he calls twelve Apostles like Israel consisted of twelve tribes; he is the new Moses giving the law on a mountain (Matt. 5-7); he is the greater temple, king Solomon, and prophet Jonah (Matt. 12); he is the new Jeremiah who casts judgment on Israel and the temple; and he is the true Israel who goes into and comes out of the grave of exile.

When we come to the ending of Matthew’s gospel, we see that it also matches the end of the Old Testament according to organization of the Hebrew Scriptures. In other words, Matthew’s gospel begins like Genesis and ends like Chronicles. The Great Commission given by Jesus bears a striking resemblance to the commission of Cyrus:

And Jesus came and said to them, “All authority in heaven and on earth has been given to me. 19 Go therefore and make disciples of all nations, baptizing them in the name of the Father and of the Son and of the Holy Spirit, 20 teaching them to observe all that I have commanded you. And behold, I am with you always, to the end of the age” (Matthew 28:18-20).

In both commissions we have a statement of sovereignty, authority given, and a command to “go.” However, the command given by Jesus, who is greater than Cyrus, is not to go and build a literal temple. In light of the authority Jesus received from his Father, the disciples are to commanded to go and build the “temple,” which according to the New Testament is the church (1 Pet. 2:5; Eph 2:19-22; 1 Cor. 3:16-17; 6:19-20; cf. Rev. 3:12)!

The Church as Temple and Temple Builders

The conclusion to and fulfillment of Israel’s story is found not in the building of a future physical temple but in the Great Commission. The promise of a temple has been redemptively recalibrated to be a promise that the church—comprised of both Jew and Gentile—would be built (Matt. 16:18; 1 Cor 6:19-20). This called out assembly is the temple that is built not by might, nor by power, but by the Holy Spirit (Zech. 4:6; Acts 1:6-8).

While Jesus is the Master-builder of the temple, he graciously commissions us to participate in that kingdom-building work of re-creation. In other words, we have been called to a holy construction project: building the temple of God. But this temple is not built with bricks and mortar in Jerusalem; it is not built with violence or imperialism. The temple of the triune God is built by bearing witnesses to Jesus Christ, baptizing in the triune name, by Jews and Gentiles being reconciled to God and one another (Eph 2:11-22).

The upshot of this is that the promises of restoration and end-time glory of the temple are a guarantee for the church. In Revelation we are given a glimpse of the future, completed, and glorious temple-city, “prepared as a bride adorned for her husband” (Rev 21:1-4). And those who conquer are promised not only to be made immovable pillars in the temple of God but with to sit and reign with Christ on his throne (Rev. 3:21; 20:4). Therefore, we can labor for the kingdom with joy and confidence, knowing that our Spirit-empowered labor will not be in vain.

*Image: Pilgrimage to the Second Jerusalem Temple, by Alex Levin