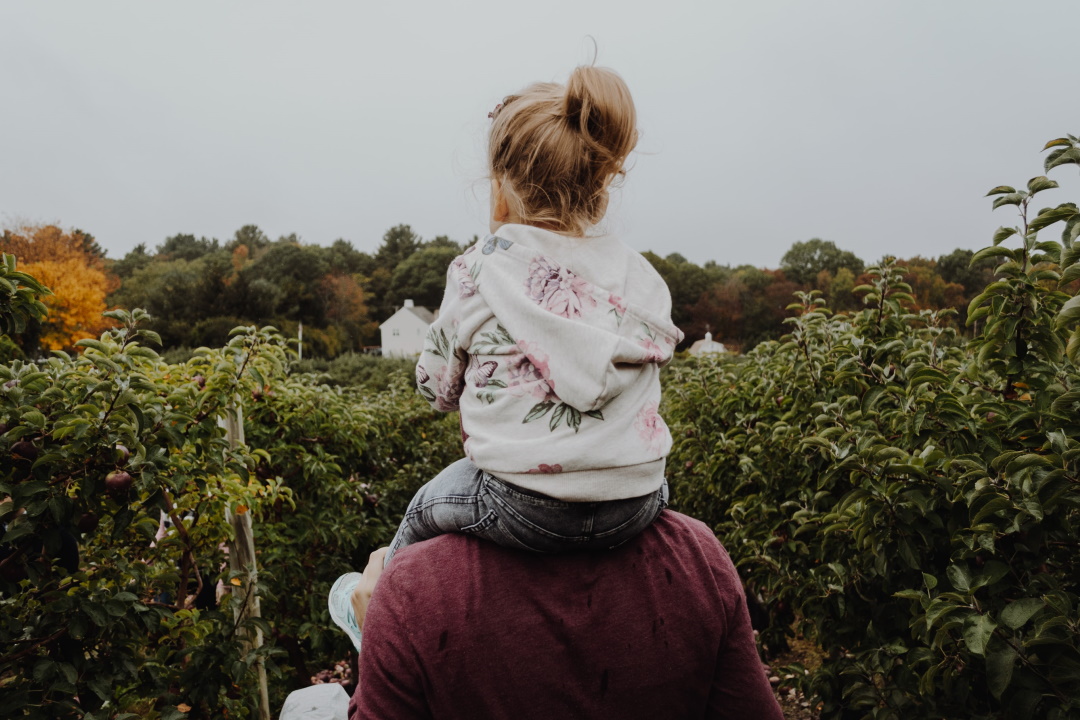 There are many things that my wife and I pray for our children. Above all else, we desire that they will love and follow Jesus. Our greatest joy will be knowing that our children walk in the truth, and so we pray always to this end. We ask that God would give us sons and daughters who respond to the gospel of his grace with the obedience of faith.

But this year, while expecting the birth of another daughter, an unfamiliar story from the book of Numbers has caused me to want children with obedient faith like Mahlah, Noah, Hoglah, Milcah, and Tirzah. My prayer is now: “Lord, give me daughters like Zelophehad’s daughters!” To understand who these women were, it will help if we first establish some context.

A Second Census of Israel

Numbers contains many tragic incidents of unbelief, rebellion, and divine judgment. After setting out from Sinai, the Israelites grumble and complain (Num. 11), and do so on more than one occasion (Num. 20-21). Miriam and Aaron speak against Moses (Num. 12) while Korah leads a rebellion against him (Num. 16). Moses himself is denied entry into Canaan (Num. 20) and Israel is seduced by Moab to commit blatant idolatry and sexual immorality (Num. 25).

Perhaps the most tragic event takes place in Kadesh-barnea, where ten of the twelve spies bring a bad report to the people and cause them to reject the land of God’s promise (Num. 13-14). After all he had done for Israel, they refused to trust in their Redeemer. And so, the Lord whom they despised swore in his wrath they would wander in the wilderness for forty years until that whole generation perished. Not one of those numbered in the first census of Israel (Num. 1:1-46) would enter the promised land except for Caleb and Joshua—the only spies who took God at his word.

This brings us to chapter 26 and a second census of Israel that occurred in the plains of Moab as the next generation prepared to finally enter the land. This census wasn’t just for military purposes, however; it was to determine how the promised land would be divided among the tribes (26:52–56).[1] It is in the middle of this detailed numbering of the sons of Israel, we read: “Now Zelophehad the son of Hepher had no sons, but daughters. And the names of the daughters of Zelophehad were Mahlah, Noah, Hoglah, Milcah, and Tirzah” (26:33).

In a chapter full of sons, why are these daughters mentioned? Why are they named in a census of the men of Israel? The answer becomes clear in the very next chapter, where we find their story.

Daughters, but No Sons

Then drew near the daughters of Zelophehad the son of Hepher, son of Gilead, son of Machir, son of Manasseh, from the clans of Manasseh the son of Joseph. The names of his daughters were: Mahlah, Noah, Hoglah, Milcah, and Tirzah. And they stood before Moses and before Eleazar the priest and before the chiefs and all the congregation, at the entrance of the tent of meeting. (Num. 27:1-2)

By approaching the entrance to the tabernacle, the five daughters of Zelophehad weren’t simply coming to stand before Moses or even the whole assembly. They were coming to the place where the Judge of all the earth stood.[2] This is an all-too familiar place in the book of Numbers. Previously, the Lord had come down in the pillar of cloud “and stood at the entrance of the tent” to judge Miriam (12:5). His glory also appeared there to those gathered against Moses in Korah’s rebellion (16:18, 19). But, as it turns out, these five women were not coming against Moses; they weren’t coming to grumble in unbelief. No; they were drawing near to the Lord their God. In faith, they were approaching the Defender of the weak with a confident request.

“Our father died in the wilderness. He was not among the company of those who gathered themselves together against the Lord in the company of Korah, but died for his own sin. And he had no sons.” (Num. 27:3)

As they present their case to Moses, we begin to see just who Zelophehad’s daughters were. First, before we even get to their request, we find that they had a correct understanding of sin. Though their father had not participated in Korah’s rebellion, he still had died in the wilderness. Why? It was “for his own sin.” Again, they had not come to complain or make excuses; they were not questioning God’s judgments. They had accepted his death yet drew near that day because they knew that the Lord their God was the God who “executes justice for the fatherless” (Deut. 10:18).

“Why should the name of our father be taken away from his clan because he had no son? Give to us a possession among our father’s brothers.” (Num. 27:4)

It’s important to understand that in Israel, a family’s property was to be passed from the father to his sons upon his death, ensuring land was kept within the family.[3] Therefore, since Zelophehad had no sons, his daughters feared they would not receive an inheritance in the promised land of Canaan and that their father’s name would be cut off from his people. In one sense, then, this request is an act of loving kindness and family loyalty (the same kind of steadfast love shown by Ruth and Boaz to Naomi); they are seeking to honor their father by preserving his name in Israel.

Faith in the Promise of God

But this request—to be given a possession among their father’s brothers in the land of Canaan—was about much more than just inheriting their father’s property. You see, the promise of land which God gave to Israel was always about establishing a place for his dwelling among his people. Historically, Canaan was the only place on earth where the Lord had made himself known.[4] The promised land was about his kingdom on earth: God’s people in God’s place under God’s rule. To be outside of this land, to be cut off from possessing an inheritance in this land, was equivalent to being outside of or cut off from fellowship with the one true God! This is also why Israel’s refusal to enter the land was such a grievous offense before the Lord (Num. 14:11-12).

So, in making this bold request, Zelophehad’s daughters reveal that their desire was ultimately to experience fellowship with their Redeemer in the land where he had chosen to make his name dwell! Yes, they wanted their father’s name to be remembered in Israel. But they also wanted to guarantee their place among the covenant people of God in Canaan—the land promised to Abraham and his offspring. In other words, they sought first the kingdom of God.

The Gracious Reward of Faith

Moses brought their case before the Lord. And the Lord said to Moses, “The daughters of Zelophehad are right. You shall give them possession of an inheritance among their father’s brothers and transfer the inheritance of their father to them.” (Num. 27:5-7)

In this uncertain situation, Zelophehad’s daughters didn’t know exactly what to do, but they did know where to go.[6] They drew near to the Lord their God through Moses, their mediator. They asked, and they received. Their request even became “a statute and a rule” for all Israel (Num. 27:8-11)! God could have anticipated this whole incident and included a provision for these rare circumstances in his law, but he didn’t. Instead, he chose to do so through the confident request of these women of faith in order to demonstrate his loving care and attentiveness to their every need.

Moreover, these five godly women appear two other times in Scripture. Their obedient faith concludes the otherwise disappointing story of Israel in the book of Numbers. In chapter 36, the leaders of their tribe likewise draw near to Moses to ask about what would happen to their land if they chose to marry into another tribe of Israel. The Lord again responds that their concern is legitimate (Num. 36:5) and declares that, in order to keep land from being transferred from one tribe to another, daughters who possess an inheritance must marry within their own tribe. So, how did Zelophehad’s daughters respond? They “did as the Lord commanded Moses, for Mahlah, Tirzah, Hoglah, Milcah, and Noah . . . were married into the clans of the people of Manasseh the son of Joseph, and their inheritance remained in the tribe of their father’s clan” (Num. 36:10-12).

The final time we hear about them is in the book of Joshua, when the tribes of Israel are finally receiving their promised inheritance in the land of Canaan. There, for the fourth time in Scripture, Zelophehad’s daughters are mentioned by name. And what are they doing? Approaching Joshua and Eleazar the priest and the leaders of their people to receive what had been promised to them: “‘The Lord commanded Moses to give us an inheritance along with our brothers.’ So according to the mouth of the Lord he gave them an inheritance among the brothers of their father” (Josh. 17:3-4). On that day, their faith had turned to sight.

Just as I desire sons with obedient faith like Joshua and Caleb, I pray that God gives me daughters with obedient faith like that of Mahlah, Noah, Hoglah, Milcah, and Tirzah. I pray that all my children, just like Zelophehad’s children, will look to his word for instruction and submit themselves to its truth (2 Tim. 3:16-17). I pray that they will draw near to God through faith in Jesus Christ, our great high priest, and receive mercy in their time of need (Heb. 4:14-16). I pray that they will take hold of the promise of eternal life and press on to make it their own (1 Tim. 6:12; Php. 3:12). And by God’s grace, may I not only continue to believe the promises of God for myself but be diligent to raise my children to do the same, that together we might become heirs of the world—heirs of God—through the righteousness of faith (Rom. 4:13; 8:17).