What Is the Battle of Har-Magedon? 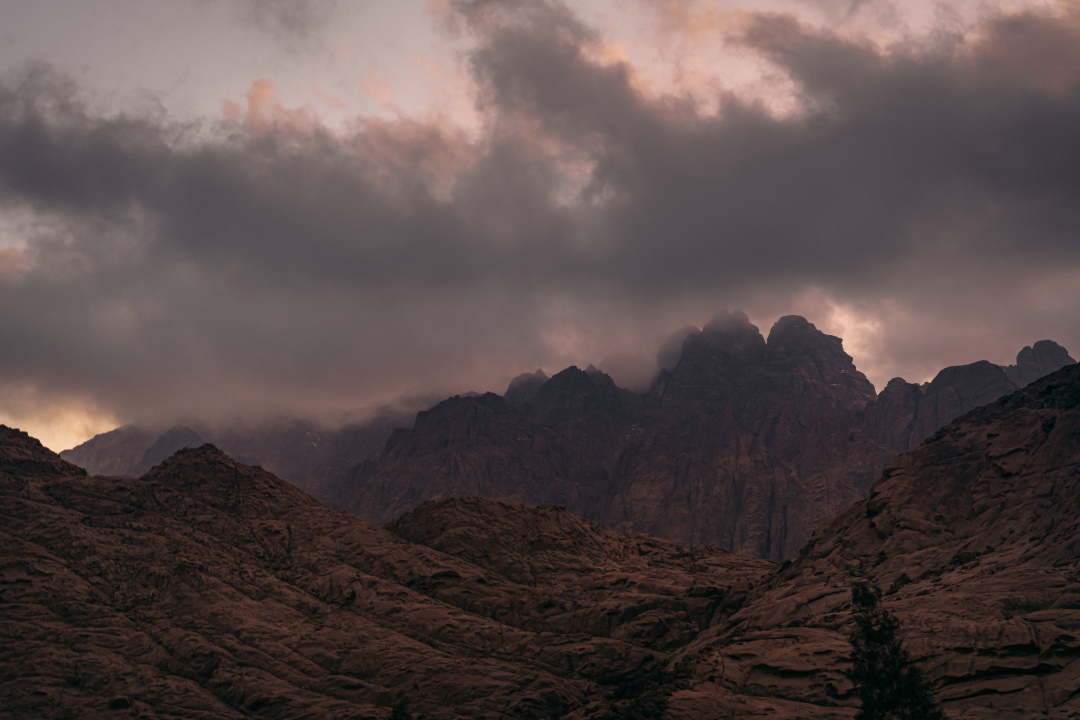 The sixth bowl judgment and the battle of Armaggedon—more accurately transliterated Har-Magedon—in Revelation 16:12-16 is arguably one of the most famous, dense, and complicated passages of the entire book. Because of its highly figurative language and its many OT allusions, there are almost as many interpretations as there are commentators. To make matters even worse, the battle of Har-Magedon, like the mark of the beast, has unfortunately invaded the imagination of popular culture and has been unhitched from its biblical and historical context. For many today, “Armaggedon” now evokes images of asteroids, the destruction of the world, or nations like Russia, China, and Israel gathering for a literal battle somewhere in the Middle East.

The good news is, as we understand Revelation as the capstone of Scripture, and the Old Testament as the key to understanding this apocalyptic book saturated with symbols, we will come to see Har-Magedon as a picture of hope for the church. Despite the confusion and complexity of this passage, the big picture is clear: God prepares the way for Babylon (representative of the nation that opposes God and persecutes his saints) to be judged, ensuring the defeat of his enemies and the deliverance of his beloved people. In fact, this is the unifying theme of all the interpretations, regardless of when or how exactly this battle happens. So, as we keep these things in mind, the better we will be able to find common ground between the various interpretations, and even synthesize them to some extent.

The Euphrates and the Kings from the East

Rev. 16:12 The sixth angel poured out his bowl on the great river Euphrates, and its water was dried up, to prepare the way for the kings from the east [rising sun].

The judgment described here against Babylon is preparatory: God dries up the Euphrates river to prepare the way for the kings “from the east,” which literally in the Greek is “from the rising sun.” It’s important to remember that Israel’s enemies, Assyria and Babylon, were both beyond the Euphrates, as well as Persia, the nation responsible for conquering ancient Babylon. The Old Testament prophesied that when God judged Babylon he would prepare “kings” to come against her (Jer. 50:41) and that the Euphrates would dry up (Isa. 11:15; 44:27–28; Jer. 50:38; 51:36). In fact, when God raised up Cyrus king of Persia, who came “from the east” (Isa. 41:2; 46:11), or “from the rising of the sun” (41:25), he literally diverted the waters of the Euphrates to enter the land.

So, John uses this OT imagery of kings coming from the east, from the vicinity of the Euphrates, for the nations used by God for his purposes of judgment. In AD 70, this was Rome and its allies who besieged and conquered Jerusalem. This also recalls the Jordan river being dried up for Israel to conquer the wicked Canaanites. In this case, the rebellious Jews in the land are new Canaanites that need to be dispossessed! If we follow this line of interpretation and understand this bowl primarily (not exclusively) to be about AD 70, this could mean that the old, rebellious Jerusalem is making way for the new, heavenly Jerusalem.

But there is more we can say about the identity of the kings from the rising sun. While the primary reference may be to the nations that bring judgment upon Babylon, the kings from the east can also be identified with a heavenly army that battles against the kings of the world (v. 14). In Revelation 7:2 we saw an angel coming from “the rising of the sun with the seal of the living God.” And in Revelation 19, we see that Jesus and his heavenly army coming from the heavens (Rev. 19:11-14) and an angel standing “in the sun” (v. 17) to fight against the kings of the world. And this conquest of Christ the King is, in some sense, happening now as the church spreads and the gospel is preached to the nations of the world.

The Kings of the World and Har-Magedon

In Rev. 16:13-14 we see the evil trinity that opposes the church rear their ugly heads again, this time to deceive the nations to assemble for battle against the Lord (cf. 1 Kgs. 22:19-23). This is a recurring OT theme, and it can either mean that nations are gathering to carry out God’s judgment or that nations are being gathered in order to receive God’s judgment. In either case, these nations are gathered by God, for God’s purposes in salvation or judgment. In the OT prophecies of Babylon’s fall, Isaiah and Jeremiah predicted that nations would gather against Babylon (Isa. 13:4-6, Jer. 50:9, 41-42; 51:27-28). As we will see, both aspects of the Day of the Lord are involved in this battle with the nations of the world.

After a message of warning and assurance from Jesus (Rev. 16:15), John proceeds to tell us that the place where these kings and nations are assembled in Hebrew is called “Har-Magedon” (v.16), which is a Greek transliteration of the Hebrew har mĕggidô, ‘the mount of Megiddo.’ Not only is it strange that John is pointing out the name of this place in Hebrew, but this reference is complicated by the fact that Meggido has no mountain! Meggido is a city located on a plain (2 Chr. 35:22; Zech. 12:11) in the valley of Jezreel, 50 miles north of Jerusalem and 20 miles east of Mt. Carmel.

Thus, John is providing a clue, for those who actually know Israel’s geography, that this is a symbolic location. So, as with virtually every other image in the book of Revelation, we must turn to the OT (not the newspaper!) to figure out what John has in mind. In Jeremiah 51:25 Babylon is called a “mountain,” but why does he combine Har with Meggido? Is this battle about the fall of Babylon or is something that takes place after Babylon falls?

In order to understand this mysterious reference, we must once again return to the Scriptures of the OT to consider three clusters evidence.

Har-Magedon and the Old Testament

First, several important battles in Israel’s’ history took place at Meggido. In the time of the judges, Barak and Deborah defeated the Canaanite kings at Meggido, which led to Israel’s deliverance from their enemies (cf. Judges 5:19-20). But Meggido is also where King Josiah died in battle:

In his days Pharaoh Neco king of Egypt went up to the king of Assyria to the river Euphrates. King Josiah went to meet him, and Pharaoh Neco killed him at Megiddo as soon as he saw him. And his servants carried him dead in a chariot from Megiddo and brought him to Jerusalem and buried him in his own tomb. (2 Kgs. 23:29-30)

In the account of Josiah’s death in 2 Chron. 35, there are only five verses before we read of Judah’s exile. So, Meggido was not only the site of a battle where Israel gained victory, but it became like “Gettysburg” or “Waterloo”—the site of a battle that gave way to the destruction of Jerusalem and their Babylonian exile.

Second, Zechariah prophesied that all the tribes of Israel would mourn for their pierced Shepherd as they mourned for Josiah at Meggido:

And I will pour out on the house of David and the inhabitants of Jerusalem a spirit of grace and pleas for mercy, so that, when they look on me, on him whom they have pierced, they shall mourn for him, as one mourns for an only child, and weep bitterly over him, as one weeps over a firstborn. On that day the mourning in Jerusalem will be as great as the mourning for Hadad-rimmon in the plain of Megiddo (Zech. 12:10-11; cf. 2 Chron 35:24).

What’s interesting here is that, in context, Zechariah says there will be a day when Israel mourns in repentance when they see the Pierced One, and a fountain of forgiveness will be opened for them, to cleanse them from their sin (Zech. 13:1; John 19:37; Acts 2:36-38).

Third, several scholars, particularly Meredith Kline, have persuasively argued that Har-Magedon can also be referring to the Mount of Assembly, (har môʿēd). John says here it is the mountain where armies are assembled, and the Mount of Assembly “in the far reaches of the north” (Isa. 14:13) is another way to describe Mt. Zion, which Psalm 48:2 says is in the “far north”! If we take this cluster of evidence into account, then Har-Magedon is also likely the battle prophesied in the Gog/Magog event of Ezekiel 38-39 and Revelation 20:7-10, where the nations of the world gather together against God’s people and are ultimately defeated.

Putting all of these OT clues together, we can see the complex picture John paints of Har-Magedon: it’s a place of victory and defeat for God’s people; it’s a place of mourning in grief and repentance; and it’s a place where God’s people are ultimately delivered from the worldwide enemies of God. This is the Old Testament evidence we need to understand in order to discover what John is talking about, and why he is talking about a mountain in the valley of Meggido.

Putting It All Together

Now, when it comes to explaining what the battle of Har-Magedon is, and when it takes place, commentators usually follow one of the three strands of Old Testament evidence, each of which maps onto the three instances of nations assembling for battle in the book of Revelation:

According to the biblical evidence surveyed above, each of these interpretations is, in some sense, correct! But how can the battle of Har-Magedon be about such different, contrasting events? How can we hold all three strands of OT evidence together? One way to account for these three passages is to view them sequentially. This would mean that nations are assembled first to destroy Babylon, then to fight the Lamb and his armies after Babylon is destroyed, and then finally to be destroyed at the end of age. And it just so happens that this order of events would then broadly map onto the sequence of end-time events prophesied in Zechariah 14:

Behold, a day is coming for the Lord, when the spoil taken from you will be divided in your midst. For I will gather all the nations against Jerusalem to battle, and the city shall be taken and the houses plundered and the women raped. Half of the city shall go out into exile, but the rest of the people shall not be cut off from the city. Then the Lord will go out and fight against those nations as when he fights on a day of battle. (Zech. 14:1-3; cf. Isa. 13:4-6, 16).

Note the two-fold sequence: first, nations are gathered against Jerusalem (vv. 1-2); the city is taken, the houses plundered, and the women raped (which is exactly how Babylon’s judgment is described in Isaiah 13). But after Jerusalem/Babylon is judged, then the Lord goes out and fights against those same nations. Once they’ve accomplished his purposes of judgment, then they are finally judged themselves.

A Complex and Comprehensive Conclusion

With all of this background, I think we have grounds to understand the battle of Har-Magedon as being a complex event that, like much of the prophecy in Scripture, has multiple fulfillments.